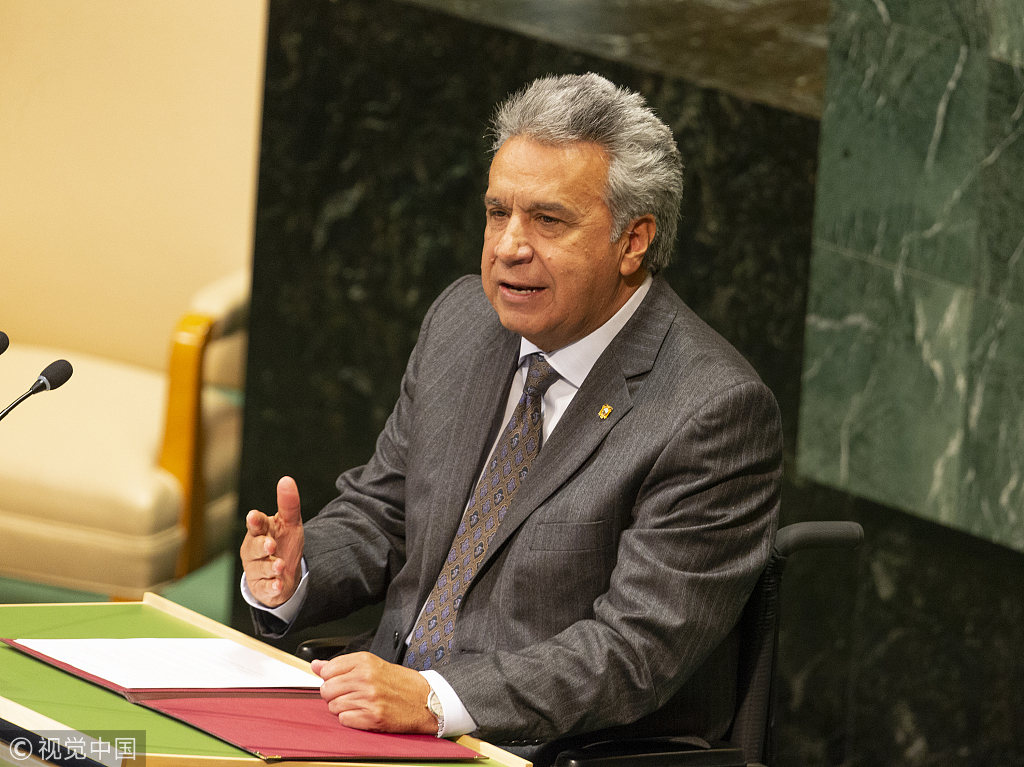 QUITO, Oct. 10 (Xinhua) -- The Ecuadorian government on Wednesday announced the decision to build a "beach train" line to promote tourism on the country's Pacific coast.

The cost of the project, proposed by President Lenin Moreno, will be around 1 billion U.S. dollars, said authorities.

"It's a high priority for the president and the government. It will carry both cargo and passengers, propel tourism and new initiatives," Eduardo Jurado, secretary general of the presidency told press.

On Tuesday, the president made public his decision to build the train line, which will cover some 400 km.

The line will start from the inland Daule canton in the southwestern Guayas province and then head southwest to the coastal town of Posorja before running north along the coast to the port city of Manta in Manabi province.

It will connect "the ports and airports to our towns and beaches" to promote tourism, said the president.

The project will have a dramatic effect on the region's connectivity and generate "huge development", Moreno said.

Ecuador's competitiveness within the world tourism market will be boosted, Jurado said.

Stressing the benefits to the economy, Jurado said that local producers of sugar, melon and tuna will be able to move their goods via the train line.

Aurelio Hidalgo, the Minister of Transport and Public Works, said that the first stage of 100 km would be completed in 26 months, while the remaining 300 km of the line would take another 38 months.