QUITO, Nov. 14 (Xinhua) -- Ecuadorian authorities have identified 34 of the 68 prisoners killed in the violent clashes at Litoral Penitentiary, the main prison in the city of Guayaquil, the General Secretariat of Communication for the Presidency reported on Sunday. 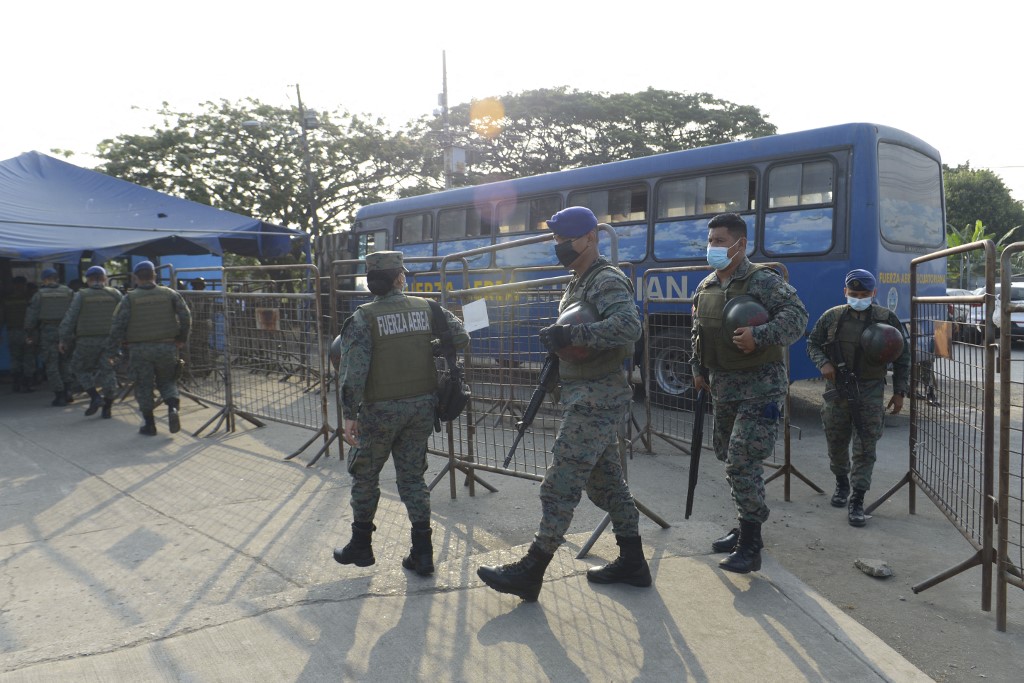 Military guard the outskirts of the Guayas 1 prison in Guayaquil, Ecuador, on November 14, 2021. (Photo: AFP)

Their remains will be delivered to the victims' families in the next few hours, as authorities continue to work to identify the other deceased.

The revolt, which also left 25 inmates injured, occurred on Friday night and early Saturday, and has been attributed to power struggles between gangs linked to drug trafficking.

The National Police deployed 900 troops in and around the prison to restore order and curb violence.

Ecuadorian President Guillermo Lasso convened a "crisis cabinet" on Saturday and met with an international advisory team and representatives from civil society to analyze the incident.

On Sept. 29, the Litoral Penitentiary was the scene of another revolt that left 118 inmates dead in the largest prison massacre in the country's history.