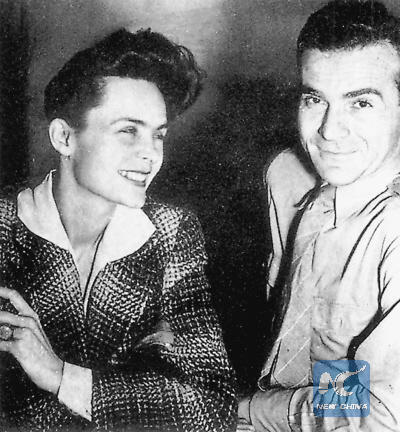 Scholars and NGO leaders from China and the United States attended an online dialogue Tuesday to commemorate the 115th anniversary of the birth of Edgar Snow, celebrating the legacy of “the great friend of the Chinese people.” They also noted that Edgar Snow’s spirit is now more crucial than ever, as Sino-US relations are facing severe difficulties and challenges.

Jointly launched by the Beijing People’s Association for Friendship with Foreign Countries and Edgar Snow Memorial Foundation, the online event discussed Snow’s efforts to deepen cooperation between China and the US, and also sought new solutions to promote bilateral ties at a time when the two nations’ relations are being dampened by the current US government.

“Edgar Snow once said: ‘The road ahead is difficult, but bridges can be built and will eventually be built’… As long as there is amity between the people and friendship between the Chinese and American peoples, sabotage by a few politicians will eventually fail,” said He Liliang, advisor to the China Society for People’s Friendship Studies.

“Never believe the anti-China hype and rumors produced by a few politicians. Let us all realize that cooperation benefits both countries and confrontation hurts both,” she added.

Echoing He, Sidne Ward, Executive Vice President of Edgar Snow Memorial Foundation, noted that people-to-people exchanges should be enhanced despite the current dampened relations between China and the US, as it is important for both sides to understand and work with each other.

“I was lucky to bring over a hundred U.S. students myself to China for short term visits over the past decade. Even though the visits were a few weeks long, I see my students having a deeper understanding of China and deeper appreciation for China,” she said.

“We are at a defining moment of the bilateral relations between China and the US, and I believe what happens in the near future may define these relations for the next decades… It is important now that we should be looking for as many ways to create and strengthen these relations,” he said.

“Edgar Snow was at the forefront of [creating] good relations between China and the US. Although he is not here now, his spirit is what remains and it is that spirit that should drive us to create better relations for our countries,” he added.

“It may be difficult, but we have our own example of Edgar Snow to follow,” he further noted.