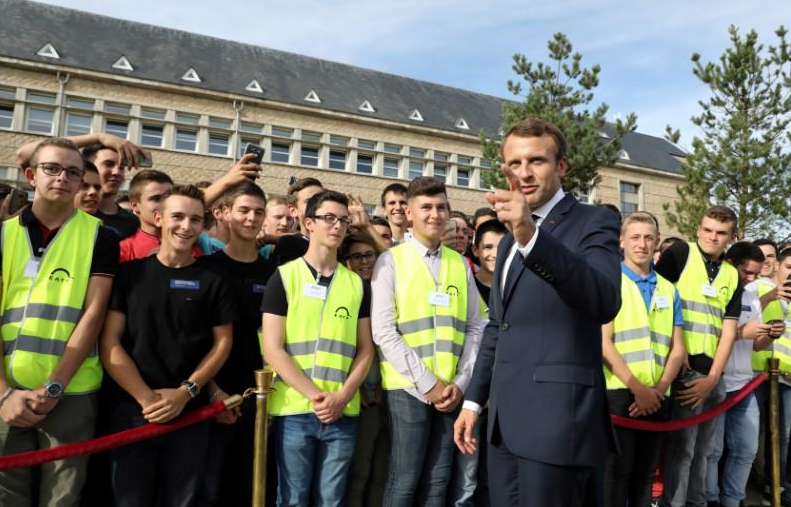 European Union leaders, wary of the rise of populism and xenophobia, are turning to one of their more successful programs, the Erasmus student exchange scheme, to help foster cross-border education and European unity.

Over lunch in the Swedish city of Gothenburg on Friday, they discussed and gave political support to a European Commission proposal to create a European Education Area, in which the EU could help promote studies across its various nations.

The idea is to foster a European identity by  letting more people study in countries across the bloc, emphasizing language learning and engendering more cooperation between universities, including on curricula.

“During our meeting today, we established political support for these ideas,” the chairman of the leaders’ meeting Donald Tusk told a news conference.

The initiative comes as the Union, about to lose its second biggest economy Britain, seeks to make itself more appealing to European citizens, many of whom find the often highly technical or legal issues, which the EU deals with, disconnected from their everyday lives.

The Erasmus exchange program of studying abroad is one of the most recognizable and popular EU policies. It has already been used by 9 million Europeans.

Appreciation for it is growing fast, the Commission said, adding that 90 percent of Erasmus students, who typically spend a year at a university in another EU country, come back with an increased awareness of common European values.

“As we look to Europe’s future, we need ... a driver for unity. Education is key, because it is education that ...helps us... develop a European identity,” Commissioner for Education Tibor Navracsics said.

Scaling up the scheme could see 2 million more people taking part in Erasmus over the next 2 years, the Commission said, although leaders were cautious about the funding this would require. Talks on the money would start with discussions on the next seven-year EU budget that starts from 2020.

EU leaders also backed the idea that by early 2019, students in the EU should have an electronic student card enabling secure exchange of data like student records and academic attributes and access to services like course materials, enrolment services, online libraries in host institutions and countries.

“By 2025 we should live in a Europe in which learning, studying and doing research is not hampered by borders but where spending time in another Member State to study, learn or work is the norm,” Commission Vice-President Jyrki Katainen said.

The Commission wants to set a goal that all university students should speak two languages in addition to their mother tongue by 2025, improve computer literacy and create a network of world-class European universities that can work together.

The Commission also wants all EU governments to invest, by 2025, a minimum 5 percent of their GDP in education -- today’s average rate, which Germany, Italy, Ireland, Greece, Spain, Bulgaria or Romania do not meet.