The British government has flown home the first 14,500 people stranded by the collapse of tour operator Thomas Cook, and is expected to ramp up the repatriation effort to get all the 150,000 UK-based customers home in two weeks. 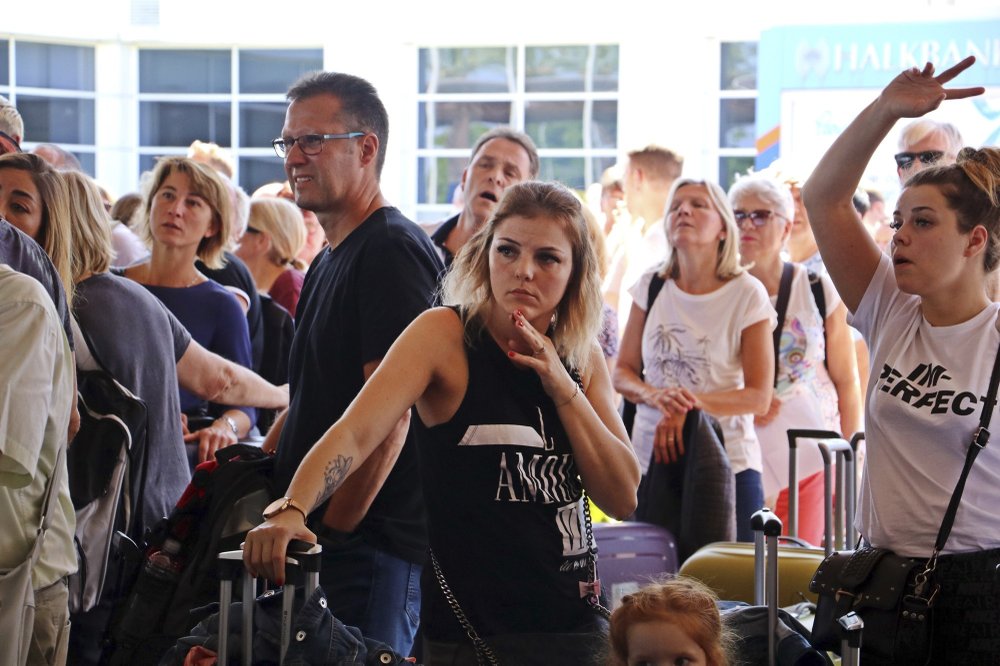 The Civil Aviation Authority said Tuesday the first batch of people were flown back after Thomas Cook ceased all operations Monday, leaving hundreds of thousands stranded around the world.

It was still unclear how many of the 600,000 total that were traveling with the company as of Sunday would remain stranded. German authorities were still mulling a request for a bridging loan from airline Condor, a subsidiary of Thomas Cook.

The company's Dutch subsidiary said all flights scheduled for Tuesday were scrapped and customers won't be able to use accommodation they booked.