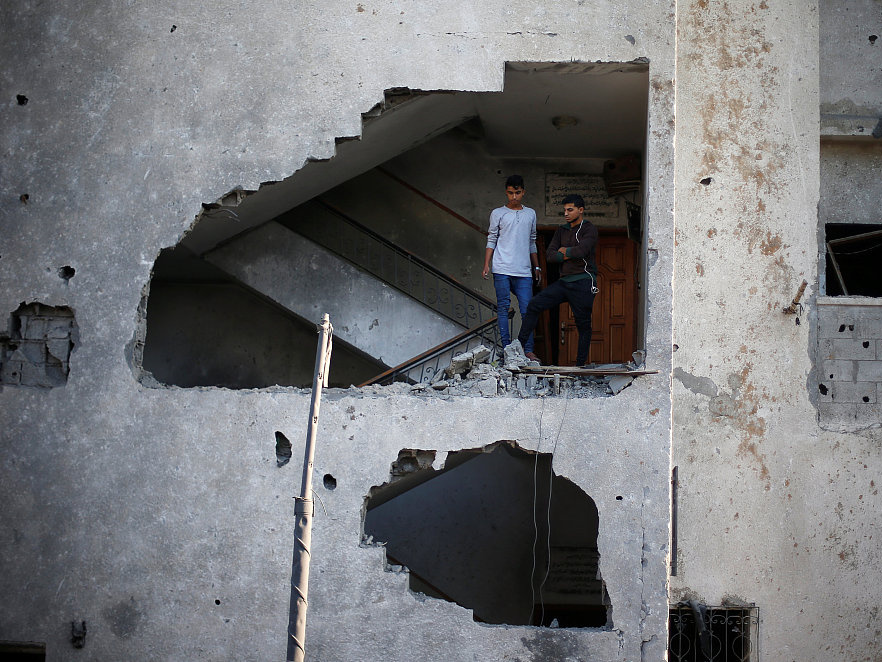 Palestinians look out of their house that was damaged in an Israeli air strike, in Gaza City November 13, 2018. (File photo: VCG)

GAZA, Nov. 13 (Xinhua) -- A senior Islamic Hamas official said Tuesday that the efforts to halt the ongoing tension between Israel and Gaza militant groups haven't yet led to any fruitful results.

The official, who spoke on condition of anonymity, told Xinhua that the contacts of a cease-fire in the Gaza Strip "haven't yet led to any results," adding "we are preparing for the worst within the coming hours."

The official declined to give more details on the Egyptian, the Qatari and the United Nations efforts to restore calm and end a round of armed confrontations in the Gaza Strip between Israel and Hamas-led armed groups.

Meanwhile, Israel Radio reported that Israel is not willing to discuss a cease-fire in the Gaza Strip as long as militants fire rockets from the coastal enclave into Israel.

Since the exchange of fire between the two sides on Monday evening, six Palestinians have been killed and 25 injured during the intensive Israeli airstrikes on Hamas and other militants facilities and structures.

An Israeli army spokesman said earlier that Israeli jets carried out more than 150 airstrikes on posts, facilities and constructions all over the Gaza Strip that belong to Hamas and Islamic Jihad.