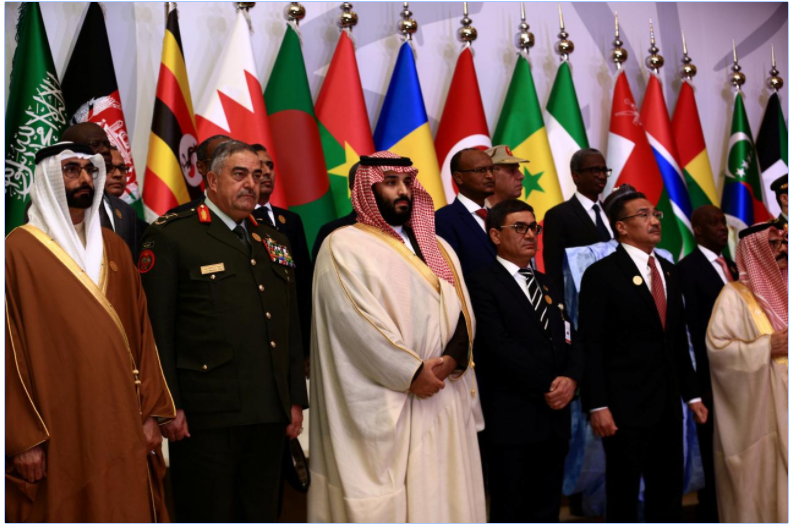 Saudi Arabia’s powerful Crown Prince Mohammed bin Salman said on Sunday an attack on an Egyptian mosque that killed more than 300 worshippers would galvanize an Islamic military coalition that aimed to counter “terrorism and extremism.”

Top defense officials from 40 Muslim-majority nations met in Riyadh on Sunday. They are part of an alliance gathered together two years ago by Prince Mohammed, who is also Saudi defense minister.

The crown prince said he would encourage a more moderate and tolerant version of Islam in the ultra-conservative kingdom.

Prince Mohamed told delegates that Friday’s attack in Egypt “was a very painful occurrence and must make us contemplate in an international and powerful way the role of this terrorism and extremism.”

Gunmen carrying the flag of Islamic State attacked the mosque in North Sinai.

The group of Muslim nations, called the Islamic Military Counter Terrorism Coalition, has yet to take any decisive action.

Officials say the group would allow members to request or offer assistance to each other to fight militants. This could include military help, financial aid, equipment or security expertise. The group, which will have a permanent base in Riyadh, would also help combat terrorist financing and ideology.

“The biggest threat from terrorism and extremism is not only killing innocent people and spreading hate, but tarnishing the reputation of our religion and distorting our belief,” Prince Mohammed told officials from the Middle East, Africa and Asia. 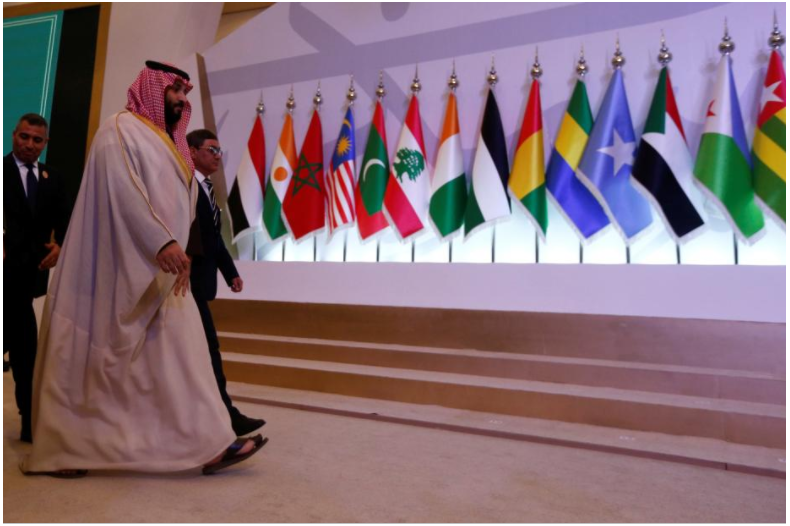 Iraq and Syria, at the forefront of the battle against Islamic State, are not members, nor is mainly Shi‘ite Muslim Iran, the regional rival to mostly Sunni Saudi Arabia.

Qatar, originally part of the alliance, was not invited to Sunday’s meeting after Riyadh led a group of states seeking to isolate Doha, saying it supported terrorism. Doha denies this.

Abdulelah al-Saleh, a Saudi lieutenant general and the coalition’s secretary general, said Qatar was excluded to help build a consensus for launching operations. He also said the group was not aimed at creating a Sunni bloc to counter Iran.

“The enemy is terrorism. It’s not sects or religions or races, it’s terrorism,” Saleh told reporters.

Saleh said military initiatives had been proposed to the group’s ministerial council, but he did not elaborate.

Despite agreement on principles, members voiced different priorities at the meeting. Yemen’s delegation said the focus should be Iran, al Qaeda and Islamic State, while Turkey called for “support from our friends” against Kurdish separatists.

Critics say the coalition could become a means for Saudi Arabia to implement an even more assertive foreign policy by winning the backing of poorer African and Asian nations with offers of financial and military aid.

Alongside leading a diplomatic charge against Qatar, Saudi Arabia is also leading a war against Iran-aligned Houthi rebels in its neighbor Yemen.

Saleh said Riyadh would pay the 400 million-riyal ($107 million) bill for the coalition’s new center, but said other nations could offer financial support for specific initiatives.