WORLD Egypt brings home 43 of its citizens from Kabul

Egypt brings home 43 of its citizens from Kabul 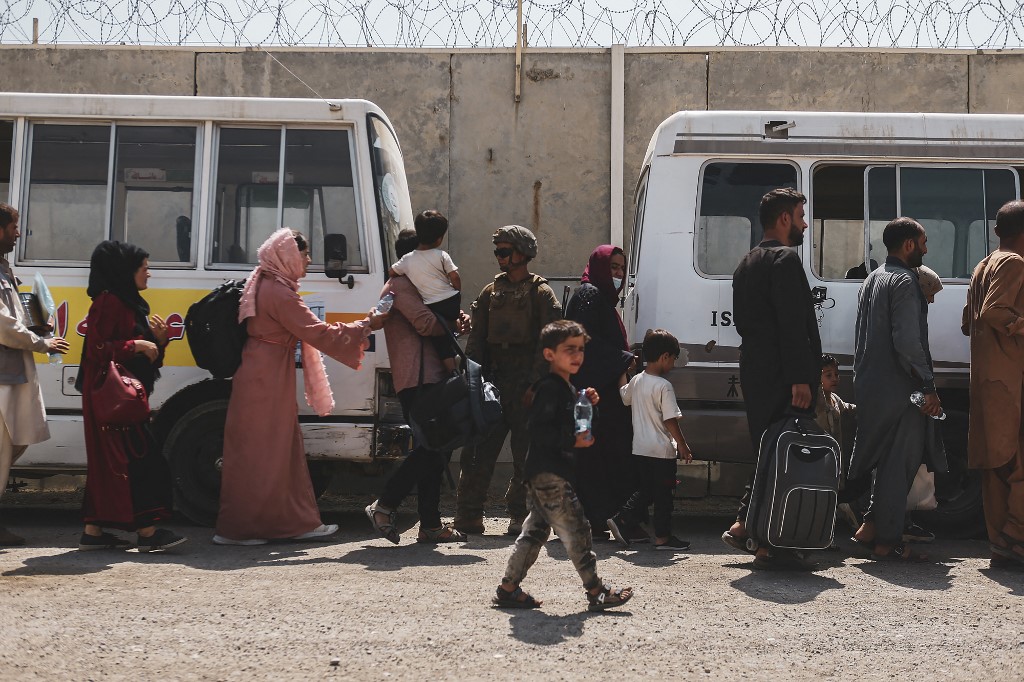 In this image, evacuees load on to buses to be processed during an evacuation at Hamid Karzai International Airport, Kabul, Afghanistan, August 22, 2021. (Photo: AFP)

Egyptian state media say the government has evacuated more than 40 of the country’s citizens from Afghanistan.

A local TV station showed footage for the returnees carrying Egyptian flags as they landed in an airport in Cairo. They were received by military and health officials.