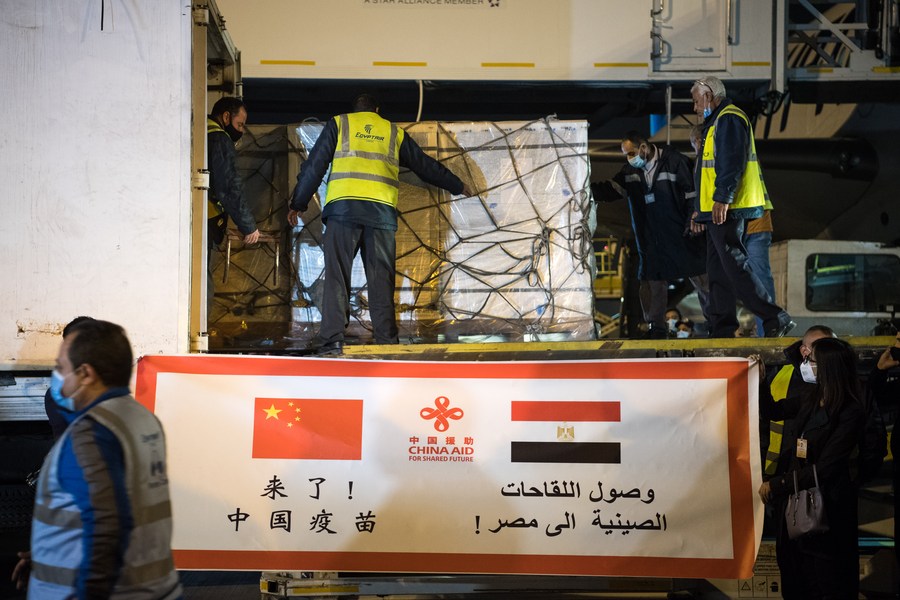 CAIRO, April 6 (Xinhua) -- Egypt-China Friendship Association held a seminar on Sunday here to celebrate the 100th anniversary of the founding of the Communist Party of China (CPC).

The seminar was attended by Egyptian experts on Chinese affairs, writers, diplomats, and professors of Chinese studies at Egyptian universities.

During his speech, former Egyptian diplomat and Chairman of Egypt-China Friendship Association Ahmed Waly said that leading China, the CPC has succeeded in many endeavors including eradicating illiteracy, building infrastructures, eliminating poverty, and promoting gender equality.

The party has always been driving the changes and development in the country and has been developing with it simultaneously, the former diplomat noted.

On a video call, Chinese Ambassador to Egypt Liao Liqiang thanked Waly for organizing the event, expressing his appreciation for the friendship between China and Egypt.

"Under the leadership of the CPC, China's economic output has stayed the second in the world for years and has become the world's largest manufacturing country," he said.

The ambassador noted that over 40 years of reform and opening up, the contribution rate of China's economic growth to the world averaged 18 percent, and has reached as high as 30 percent in recent years.

The seminar focused on integrated development "because China's experience in this field during the last four decades teaches us many lessons," said Ali el-Hefny, Egypt's former ambassador to China and former deputy foreign minister.

Countries including Egypt can benefit from China's experiences in mutual cooperation, "as well as through the Belt and Road Initiative, which has positively impacted the global economy although it was launched a few years ago," he said.

"The CPC is behind all the achievements made, and those that are being made, in China," el-Hefny said.