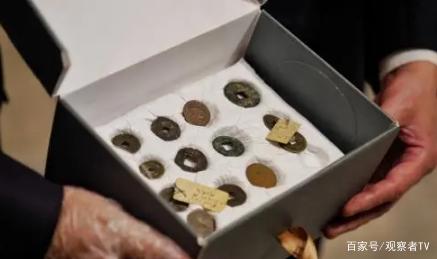 In a ceremony held at the Egyptian Museum in Cairo, Egyptian Minister of Tourism and Antiquities Khaled al-Anany delivered the coins to the Chinese Ambassador to Egypt Liao Liqiang.

During the ceremony, 69 other coins were delivered to Saudi Arabia and India.

"This is the second time that the Egyptian government returned smuggled cultural relics to the Chinese government," Liao told Xinhua during the ceremony.

In 2010, China and Egypt signed an agreement on the protection and return of stolen cultural property illegally trafficked from the country of origin, Liao noted.

The Egyptian minister pointed out that his country has signed many international agreements for the repatriation of artifacts and seizure of smuggled archaeological objects.