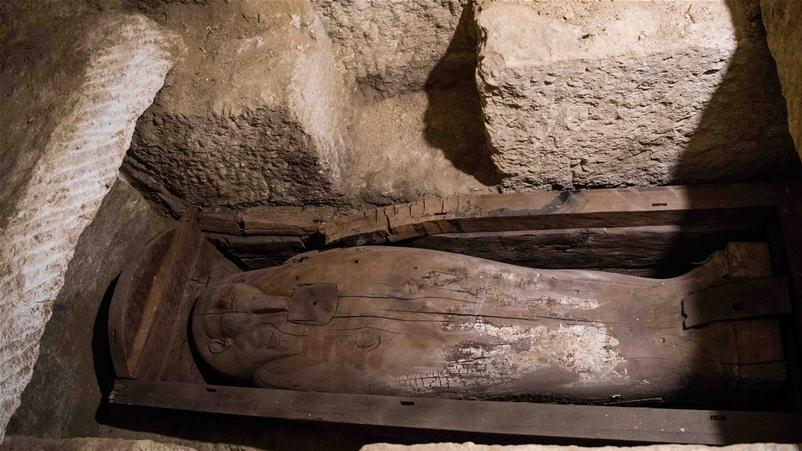 A wooden coffin is seen in a tomb in Province of Minya, Egypt, on Jan. 30, 2020. The Egyptian Ministry of Tourism and Antiquities announced on Thursday the discovery of 16 ancient tombs with about 20 sarcophagi and thousands of funerary objects at a necropolis in Upper Egypt's Province of Minya. (Photo: Xinhua)

An Egyptian archeological mission discovered 250 stone tombs that dated back to different periods in the Old Kingdom and the Ptolemaic dynasty, the country's Ministry of Antiquities and Tourism said on Tuesday.

"The tombs were found in the mountain area eastern the Upper Egyptian province of Sohag," said Mostafa Waziri, secretary-general of the Supreme Council of Antiquities (SCA).

He explained that the tombs of the Old Kingdom spanning from 2700-2200 BC are composed of an entrance leading to a well and a burial room.

The SCA's chairman added that hieroglyphic symbols and photos of the dead people and persons who presented sacrifices were inscribed on the tombs.

The discovery is part of a project that has documented so far 300 tombs in Sohag, he added.