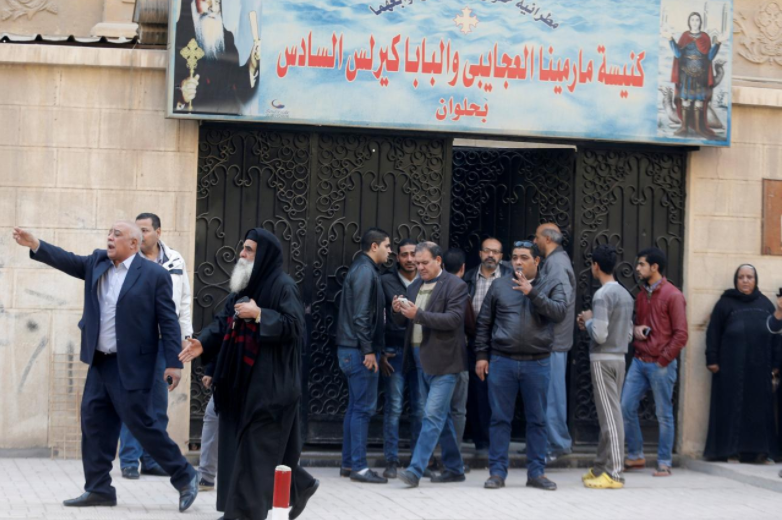 People gather at the site of attack on a church in the Helwan district south of Cairo, Egypt December 29, 2017. Photo: REUTERS/Amr Abdallah Dalsh

Egypt’s public prosecutor has filed murder charges against a man accused of killing 11 people in an attack on a Coptic church and a Christian-owned shop in a Cairo suburb last week, judicial sources said.

The man, arrested after the Dec. 29 attack, was receiving medical treatment in custody for injuries sustained in an exchange of gunfire with authorities outside the church. The prosecutor ordered him detained pending investigations, the sources said.

“He is accused of premeditated murder, attempted murder, possession of an unlicensed weapon and using it for terrorist activity,” a judicial source said.

Islamic State claimed responsibility for the attacks shortly afterwards, in a statement carried out by its Amaq news agency, though it provided no evidence for the claim.

Islamist militants have claimed several attacks on Egypt’s large Christian minority in recent years, including two bombings on Palm Sunday in April and a blast at Cairo’s largest Coptic cathedral in December 2016 that killed 28 people.