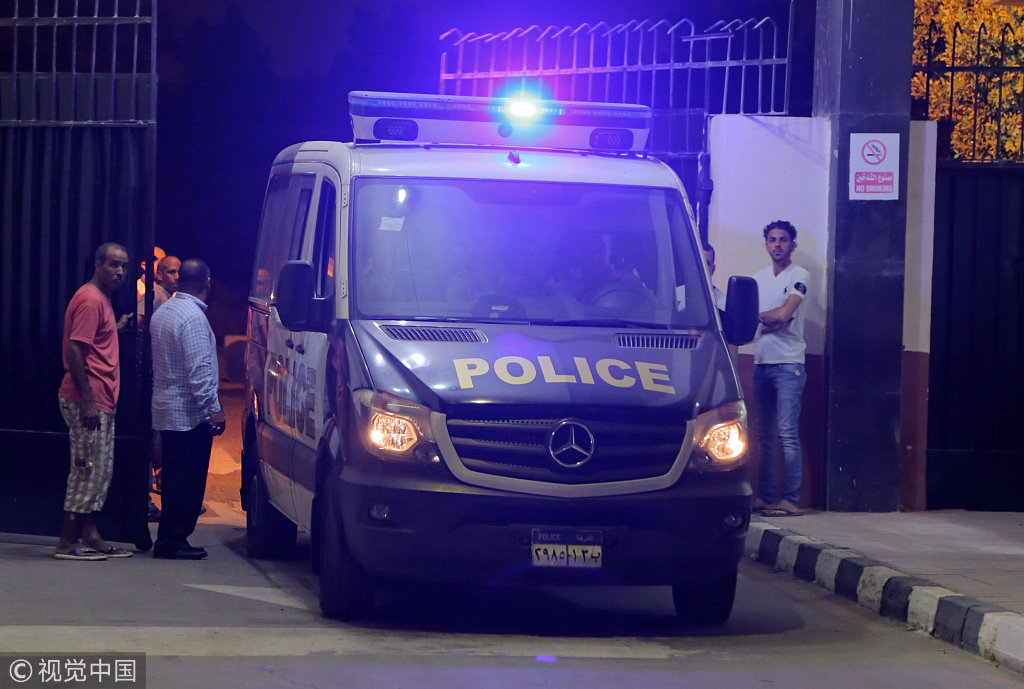 CAIRO, Oct. 3 (Xinhua) - The Egyptian police on Wednesday killed at least 15 terrorists in a shootout in North Sinai province in the northeast of the capital Cairo, official news agency MENA reported.

After receiving a tip-off, the national security sector raided hideout of some terrorist elements, where they were planning attacks on security forces in the coming days ahead of the Oct. 6 anniversary that marks the Egyptian army victory in its war against Israel, the report added.Five automatic weapons, four guns, and three explosive devices, with large quantity of ammunition were seized in their possession in Arish city, the report added.Earlier this week, the Islamic State group said one of its leaders in Sinai was killed.The group's Aamaq news agency announced the death of Abu Hamza al-Maqdisi late Monday, calling him a "martyr" without saying where or how he died.North Sinai is the stronghold of terrorist groups in Egypt, most severest of which is Sinai State, an Egyptian branch of the Islamic State.In February, Egypt started the comprehensive "Sinai 2018" anti-terror campaign that killed over 330 militants and more than 30 soldiers so far.