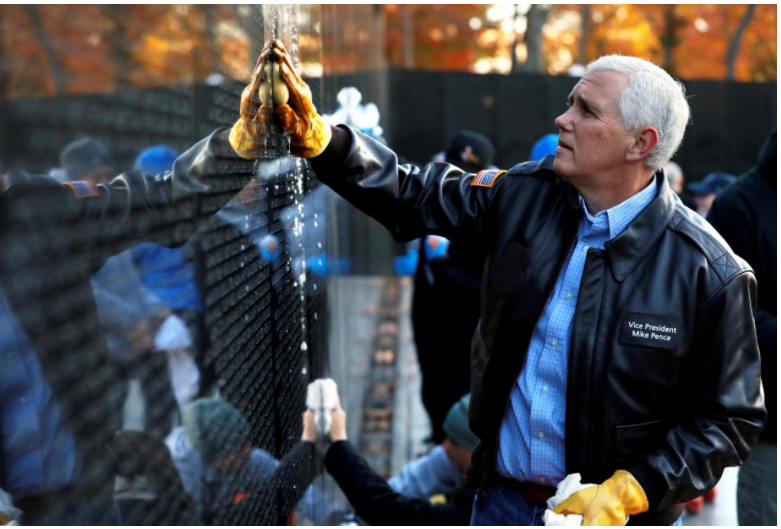 US Vice President Mike Pence participates in a volunteer service event cleaning the wall at the Vietnam Veterans Memorial in Washington, US, November 11, 2017. Photo: REUTERS/Yuri Gripas.

Egypt’s Coptic Church has rejected a meeting requested by US Vice President Mike Pence during his visit later this month in protest against Washington’s decision to recognize Jerusalem as Israel’s capital, MENA state news agency reported on Saturday.

The Church “excused itself from hosting Mike Pence” when he visits Egypt, citing President Donald Trump’s decision “at an unsuitable time and without consideration for the feelings of millions of people”, MENA said.