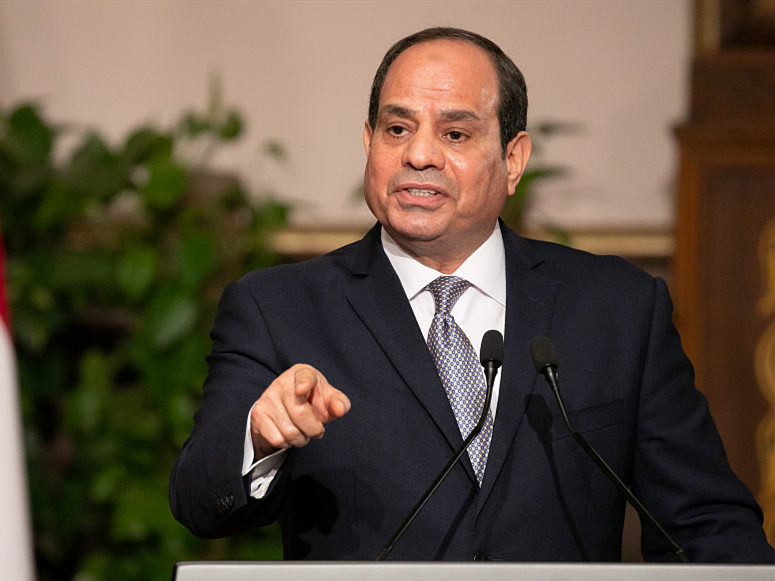 Sisi made the remarks upon his arrival in Cairo from New York, where he attended the meetings of the United Nations General Assembly.

"You should all know that the Egyptian people have become very aware of those who attempt to falsify the reality and deceive the people," the Egyptian president said when asked about calls for protests to be held on Friday against the Egyptian government.

"What happened before will not happen again," Sisi said, referring to the disorder and chaos that hit the country following the 2011 protests that toppled former President Hosni Mubarak.

He added that the Egyptians will respond to his calls to take to the streets to show their support to the Egyptian leadership.

Last week, hundreds of people protested against the Egyptian government in several cities after an Egyptian exiled contractor posted videos online, charging the government with corruption and lavish spending of public funds.

Sisi has previously described the allegations as "lies and slander," urging the Egyptian media to confront such slandering campaigns.

On Thursday, the Egyptian public prosecution said that it questioned about 1,000 defendants who were arrested during last week's protests, saying that the confessions revealed the involvement of organized groups to cause chaos and disorder nationwide.

"The confessions of some defendants revealed the involvement of criminal elements and others loyal to the Muslim Brotherhood group in those protests," said the prosecution's statement.

The Muslim Brotherhood was blacklisted in Egypt as a terrorist organization following the military ouster of former Brotherhood-oriented President Mohamed Morsi in July 2013 in response to mass protests against his one-year rule.