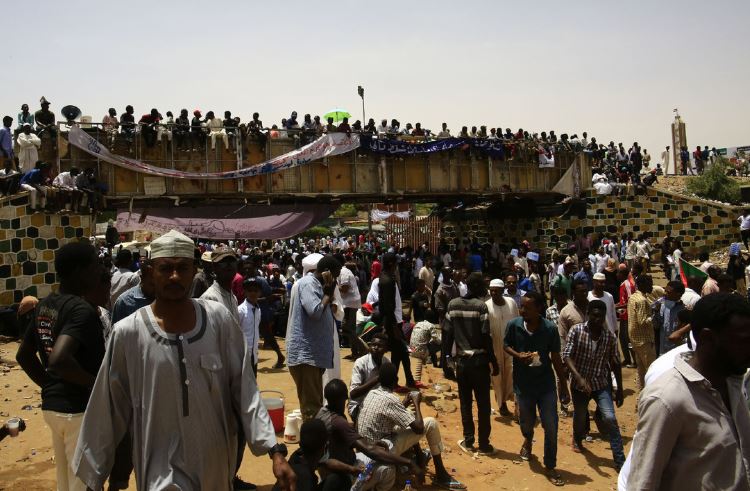 Sisi's remarks came during his meeting with Sudan's Prime Minister Abdalla Hamdok in the Egyptian capital Cairo, where they discussed the latest developments in Sudan and the future cooperation between the two sides in various fields.

"President Sisi affirmed Egypt's full support for Sudan's security and stability and for the will and choices of the Sudanese people in shaping the future of their country," Egyptian presidential spokesman Bassam Rady said in the statement.

For his part, Hamdok hailed Egypt's leading role in the region and in Africa, praising Egypt's efforts as the current one-year president of the African Union (AU) to lift the suspension of Sudan's AU membership, according to the statement.

Sisi and Hamdok also agreed to intensify mutual coordination and consultation and to boost cooperation between the two countries in all fields, including economy, trade, and electric and railway connectivity.

Hamdok's visit to Cairo is his second official trip outside Sudan after he visited Juba, capital of neighboring South Sudan.

Hamdok, an economist and a former UN diplomat who was named as new Sudanese prime minister in August, announced in early September the formation of a transitional government, the first since the ouster of former President Omar al-Bashir in April after months of mass protests.

The cabinet formation was a result of a prior constitutional declaration signed by the Transitional Military Council (TMC) and the opposition Freedom and Change Alliance, which spearheaded anti-Bashir protests until his ouster.

According to the declaration, Sudan will be mainly co-ruled by an 11-member sovereign military-civilian council for a 39-month transitional period.

The sovereign body will be chaired in the first 21 months by Abdel-Fattah al-Burhan, head of the TMC that temporarily ruled Sudan following Bashir's ouster. A civilian member will take over in the remaining 18 months.