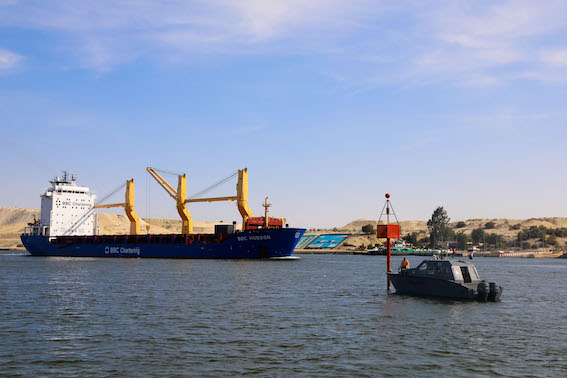 Egypt's Suez Canal revenues rose to 1.91 billion U.S. dollars in the first four month of 2020 from 1.87 billion dollars during the same period in the previous year, chairman of the Suez Canal Authority (SCA) said on Monday.

"Navigation movement at the Suez Canal is regular and within normal rates and wasn't affected by the outbreak of the coronavirus," Osama Rabie said in a statement.

He added that the navigation of ships in the international waterway rose by 9.6 percent in April 2020, recording 1,731 vessels passing in the two sides, compared with 1,580 ships during the same month a year earlier.

The Suez Canal is one of Egypt's main sources of national income and foreign currency reserves.

Some 12 percent of the world trade volume passes through the canal which is considered the most important and fastest navigation passage connecting Africa, Asia and Europe by bridging the Red Sea and the Mediterranean Sea.