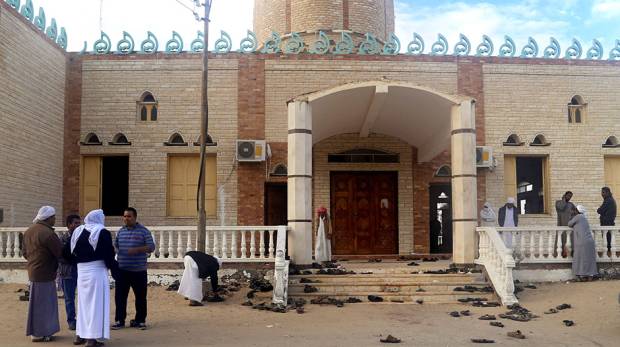 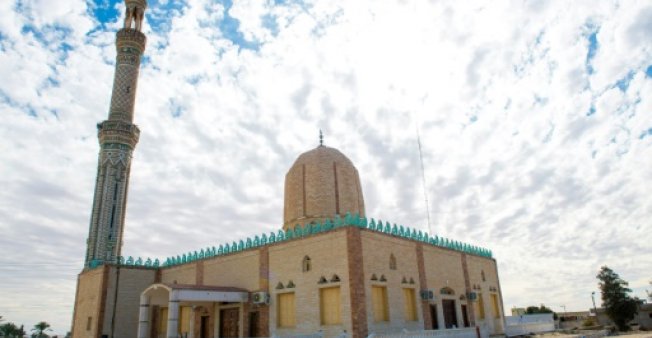 Sufi Muslims in Egypt plan to proceed with a major annual celebration despite a Sinai mosque massacre that killed more than 300 people and appeared to have targeted them.

While no group has yet claimed Friday's horrific attack or said why the mosque was targeted, it is widely believed in Egypt that it happened because Sufis worshipped there.

Despite mourning the jihadist attack thought to have been carried out by the Islamic State group, the Sufis say they will mark the birthday of the Prophet Mohammed as planned, a week to the day after the massacre.

The gun and bomb assault on the Rawda village mosque in restive North Sinai roughly 40 kilometres (25 miles) west of the provincial capital of El-Arish killed 305 people including 27 children.

Another 128 people were wounded.

Authorities said up to 30 militants in camouflage flying the black banner of IS surrounded the mosque and massacred worshippers during weekly Friday prayers.

In a defiant statement late Saturday, the Egyptian Supreme Council for Sufi Orders said the annual commemoration would still take place at Cairo's Al-Hussein mosque, one of Islam's most prominent sites in Egypt, and also "across the country".

However, a procession that normally takes place has been cancelled "in mourning for the souls of the martyrs of the terrorist incident at the Rawda mosque, and to ease the security burden".

The procession from Cairo's Salah al-Jaafari mosque to the Al-Hussein mosque, named after the prophet's grandson, covers a distance that would normally be just a 15-minute walk.

'Not alien to Islam'

But "it takes hours for the procession to reach Al-Hussein because it is attended by thousands of people", council spokesman Ahmed Kandil told AFP.

Egypt's North Sinai-based IS branch has killed hundreds of policemen and soldiers, as well as civilians accused of working with the authorities, since the July 2013 ouster of Islamist president Mohamed Morsi.

The jihadist group has also targeted Sufis and Christians since authorities cracked down on Morsi supporters, killing more than 700 in one August day in 2013 as they cleared a protest camp in the capital.

IS is suspected of being behind Friday's attack because the mosque is associated with followers of the mystical Sufi branch of Sunni Islam whom it has branded heretics for seeking the intercession of saints.

But in a separate statement on Saturday, the Sufi supreme council said the sect has always been an integral part of Islam.

"Sufism is not alien to Islam. It is Islam itself with the full worship and application of what is stated in the book (the Koran) and the Sunnah" or teachings attributed to the Prophet Mohammed, it said.

Sufism "represents excellence in worship, of which the prophet -- peace be upon him -- said that you worship god as if you see him, and if you do not see him, he sees you."

In Rome, Pope Francis expressed sorrow in his St Peter's Square address Sunday. He had visited Egypt in April to support the embattled Christian community and encourage dialogue with Muslims.

"It caused us great pain, Friday's news of the slaughter," Francis said.

"I continue to pray for the numerous victims, for the injured and for this whole community that has been hit so hard."

The Islamic State group usually claims an attack within a day or two, through its self-styled Amaq news agency or via the Telegram social media app.

However, in Egypt such claims have been irregular, with attacks claimed late or not at all.

This is in part because of disrupted links between IS in Egypt and remnants of the embattled organisation in Syria and Iraq.

There has also been a chorus of online condemnation of the attack by jihadists including by IS supporters.

Foreign ministry spokesman Ahmed Abu Zeid said late Saturday that since the attack many countries have expressed solidarity with Egypt, "but the issue goes beyond moral support".

"What is needed is a clear political stance against all terrorist organisations," he told the private DMC television channel.

This should come from nations with the financial and political ability to counter states "which provide support for terrorist organisations", Abu Zeid said.

President Abdel Fattah al-Sisi declared three days of mourning and vowed to "respond with brutal force" to the attack, among the deadliest in the world since the September 11, 2001 attacks on the United States.

The army said warplanes struck militant hideouts in the North Sinai in retaliation.