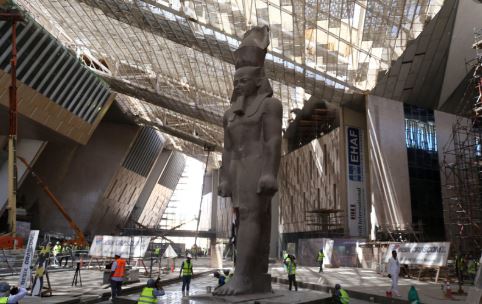 Cairo (People’s Daily) – 85 new cases of COVID-19 and 5 new fatalities were confirmed in Egypt as of Saturday evening, said a statement from the country’s health ministry.

The number of cases has risen to 1070 with the number of fatalities at 71, while 241 people have recovered.

The country’s president Abdel-Fattah El-Sisi instructed the government on the same day to reschedule the inauguration of all the mega national projects which were planned for this year to 2021 in light of COVID-19 outbreak.

According to a presidential spokesman, the mega national projects include the relocation projects at the New Administrative Capital, as well as the inauguration of the Grand Egyptian Museum and the National Museum of Egyptian Civilization.