CAIRO, Oct. 29 (Xinhua) -- Egyptian Ministry of Antiquities said on Tuesday that London is prepared to host an exhibition for the ancient Egyptian King Tutankhamun's belongings. 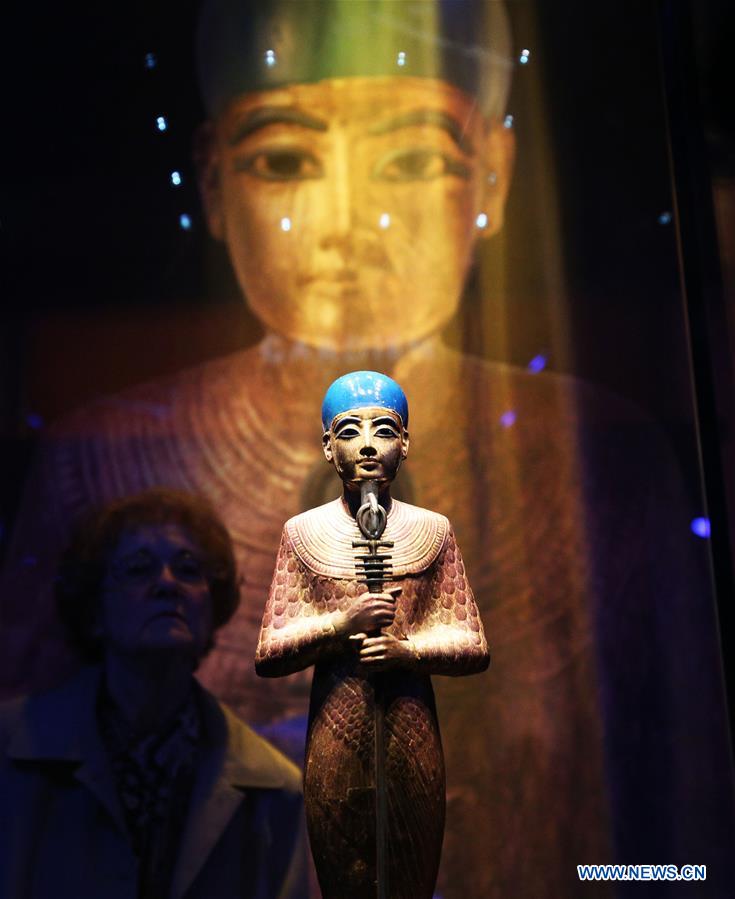 "London's main roads and squares as well as the underground and railway stations were decorated with pictures of the young king's face and some of his belongings," the ministry said in a statement.

Walls of shops, buildings and telephone booths were also hung with banners of Tutankhamun known worldwide as King Tut, it added.

King Tut's exhibition will display 150 artifacts of his belongings as well as the guardian statute, a life-sized statute of him, a small shrine, an alabaster cup with beautiful inscription and a number of pots.

The exhibition is going to be held at the Saatchi Gallery in west London from Nov. 2 to May 3, 2020.

London is the third destination to host the exhibition after Los Angeles and Paris, the statement said.

The touring exhibition Tutankhamun: Treasure of the Golden Pharaoh has already racked up a record in Paris with 1.42 million visitors.

"Tutankhamun exhibition returns to London after 12 years of absence as the last exhibition for the belongings of the ancient Egyptian king was held in the British capital in 2007," said the statement.

Tutankhamun was an Egyptian pharaoh who ruled from 1332-1323 BC. He was only nine years old when he took the throne, and died at the age of 19.