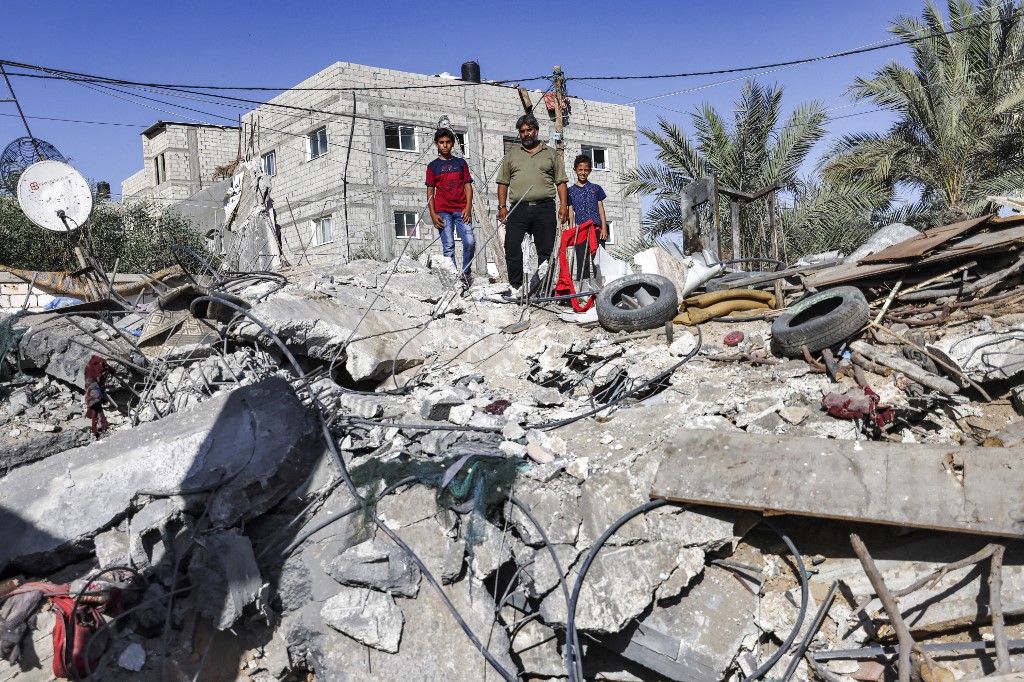 Palestinian Zaher Abu al-Amreen (C) and his two sons Ahmed (R) and Yahya (L) stand by the rubble of their destroyed home in Gaza City on May 27, 2021, in the aftermath of the conflict between Israel and the Gaza-based Hamas movement. (Photo: AFP)

The Egyptian delegation will discuss ways to reach a comprehensive truce in the West Bank and the Gaza Strip, MENA said.

Sisi stressed the importance of "taking all necessary measures to ensure prevention of re-escalation between Israel and Palestine," it added.

The delegation will also discuss reconstruction of Gaza, for which Egypt has allocated 500 million U.S. dollars.

Egypt sponsored an Israel-Hamas truce implemented on May 21 after 11 days of fighting between the two sides, which left at least 248 Palestinians and 12 Israelis dead.

Meanwhile, Israeli Foreign Minister Gabi Ashkenazi is expected to arrive in Cairo on Sunday for talks with his Egyptian counterpart Sameh Shoukry on the Israeli-Palestinian conflict.

On Wednesday, Sisi met with U.S. Secretary of State Antony Blinken in Cairo, where the Egyptian president stressed the need for "direct negotiations" between Israelis and Palestinians to end their decades-long conflict.

Egypt, which supports the creation of an independent Palestinian state on the basis of the two-state solution, has had a U.S.-sponsored peace treaty with Israel since 1979.