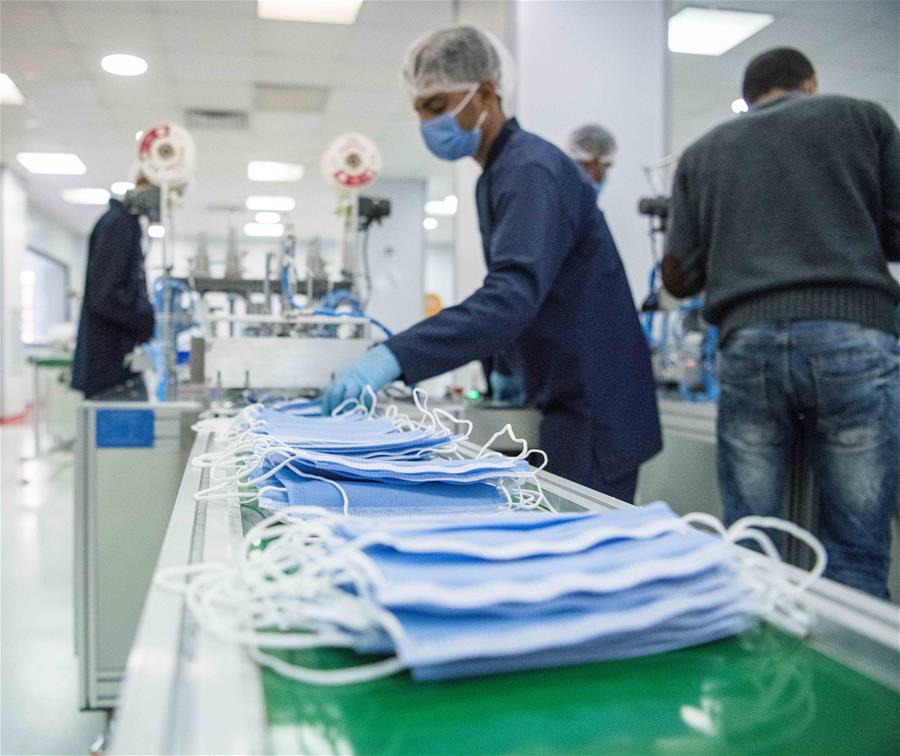 Workers produce masks at a factory in the free industrial zone of Cairo, capital of Egypt, April 14, 2020. (Photo: Xinhua)

Meanwhile, 11 patients died from the novel coronavirus on Thursday, bringing the death toll to 287, Health Ministry spokesman Khaled Megahed said in a statement.

Megahed pointed out that 69 coronavirus patients were completely cured and discharged from hospitals, raising the number of recoveries to 1,004.

Egypt closely cooperates with the World Health Organization regarding COVID-19 case detection and necessary medical care, according to the spokesman.

Meanwhile, Egyptian Prime Minister Mostafa Madbouly announced renewing a nationwide nighttime curfew during the Muslim holy month of Ramadan that starts on Friday, but reducing it from 10 to nine hours.

The first two-week nighttime curfew that Egypt imposed to curb the spread of the virus started on March 25, then it was renewed for another two weeks but reduced from 11 to 10 hours until April 23.

The government is planning to gradually reopen economic activities while following the precautionary measures after the end of Ramadan, said the Egyptian prime minister.

The commercial centers and shops will be open across the week until 5 p.m. local time, after they used to open only five days a week, to ease the life of the citizens during Ramadan, he added.

Since mid-March, Egypt has temporarily suspended schools and universities, halted flights, cancelled sports activities, closed entertainment places, restaurants and malls, stopped mass prayers at mosques and churches and shut down museums and archeological sites to curb the outbreak of the virus.