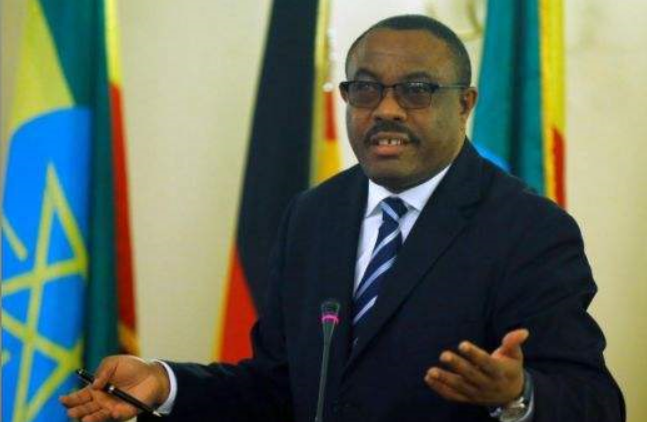 Egypt expressed understanding of Ethiopia's request to delay the upcoming tripartite negotiations with Egypt and Sudan over Ethiopia's grand dam currently being constructed on their shared Nile River, the Egyptian Foreign Ministry said in a statement on Sunday.

The tripartite ministerial meeting was scheduled for Feb. 24-25 in the Sudanese capital Khartoum, but Ethiopia's ongoing political unrest and anti-government protests, which led its prime minister to resign, might be behind the delay.

Ethiopia and Sudan eye massive benefits from the construction of Grand Ethiopian Renaissance Dam (GERD), also known as the Renaissance Dam, while Egypt is concerned it might affect its 55.5-billion-cubic-meter annual share of the Nile River water.

The presidents of upstream country Ethiopia and the two downstream partners Egypt and Sudan have recently met in Ethiopia's capital Addis Ababa on the sidelines of the 30th African Union summit and agreed to avoid misunderstandings by joint cooperation on common interests.

"Egypt looks forward to commitment to the time frame set by the three leaders to settle the outstanding technical disagreements, given that the Renaissance Dam issue affects the interests of the three states," Abu Zeid said on Sunday.

He stressed that the dam issue requires immediate action "in order to reach solutions that preserve the interests of all."

Ethiopia's current protests have been triggered by the country's two biggest ethnic groups Oromia and Amhara who say that they have for years been marginalized by the government.

The country has recently imposed a state of emergency and martial law in an attempt to contain the unrest.

Egypt's ties with Ethiopia have seen ups and downs since the latter started the dam project in April 2011 while Egypt was suffering turmoil following an uprising that toppled veteran President Hosni Mubarak.

When President Abdel-Fattah al-Sisi took office in 2014, he showed understanding of Ethiopia's aspiration for development through the GERD that would produce around 6,000 megawatts of electricity to the country.

On the other hand, relations between Egypt and Sudan have been tense over the past years on various issues including a territorial dispute over the border region of Halayeb and Shalateen, which are currently under Egyptian control.