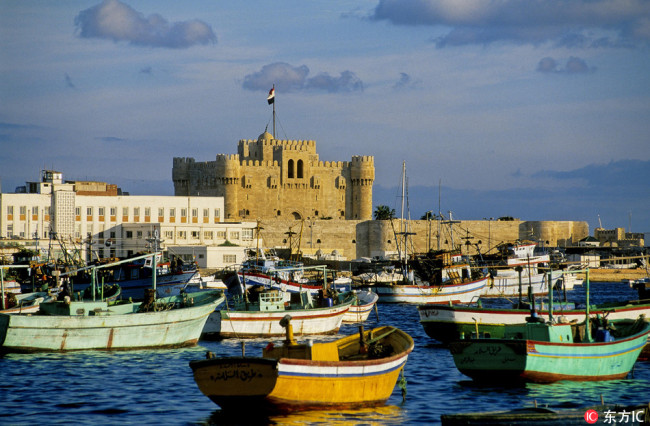 The Egyptian-US joint military exercise kicked off on Saturday at a military base in Egypt's seaside province of Alexandria. [Photo: IC]

The Egyptian-US joint military exercise known as "the Bright Star" kicked off on Saturday at a military base in Egypt's seaside province of Alexandria, the Egyptian state TV reported.

Scheduled to be held from Sept. 8 to 20, the military manoeuvres include land, naval and air forces from Egypt, the United States, Britain, France, Italy, Greece, Saudi Arabia, the United Arab Emirates and Jordan, in addition to other 16 states that participate as observers.

"The Bright Star exercises contribute to enhancing strategic and security relations between the United States and Egypt," said the Egyptian military spokesperson in a former statement on Thursday, while announcing the continuous arrival of participant forces.

The massive drills were launched in 1981 and held biannually until 2009, after which they were suspended due to the ouster of former Egyptian Presidents Hosni Mubarak and Mohamed Morsi in 2011 and 2013 respectively, in addition to the dissatisfaction of former US President Barack Obama's administration with the Egyptian new leadership.

The Bright Star maneuvers were resumed in 2017 after eight years of suspension, under Obama's successor Donald Trump who repeatedly exchanged remarks of praise and support with Egyptian President Abdel-Fattah al-Sisi.

Cairo receives annually 1.5 billion US dollars in military and economic aid from Washington since Egypt signed the 1979 US-sponsored peace treaty with Israel.

Part of the aid, about 300 million dollars, was suspended last year by Washington over human rights concerns in Egypt, but Trump's administration released in late July 195 million of them.