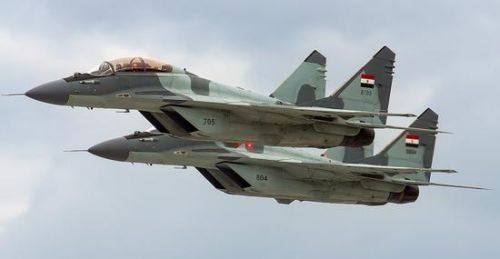 CAIRO, Jan. 14 (Xinhua) -- An Egyptian fighter jet crashed and its pilot died during a routine military training on Tuesday, the Egyptian military spokesperson said in a statement.

"The cause of the crash is currently under investigation," Egypt Military Spokesman Tamer al-Refai said without mentioning the type of the aircraft.

A similar crash of an Egyptian fighter jet took place in early December 2019 because of a sudden technical error but its pilot survived.

Russian media said back then that the accident involved a Russian-made MiG-29 fighter jet belonging to the Egyptian army.

Another fighter aircraft of the same type crashed in Egypt in November 2018 with no casualties.