CAIRO, Dec. 29 (Xinhua) - The Egyptian police announced on Saturday killing 40 terrorists in security raids in Giza province near the capital Cairo and North Sinai province in northeast of the country. 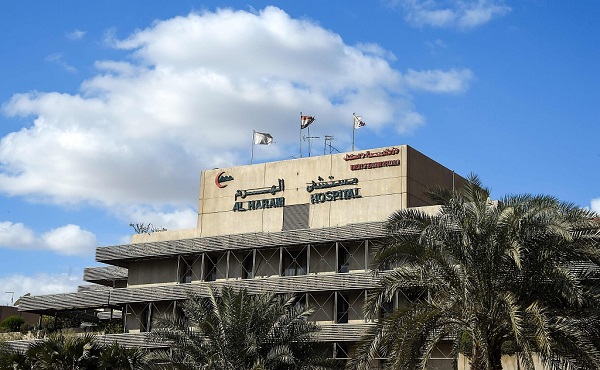 This picture taken on December 29, 2018 shows a view of Al-Haram hospital in the Egyptian capital Cairo's western twin city of Giza, where the victims of an attack on a tourist bus that was travelling close to the Giza pyramids the night before have been taken for treatment. (Photo: VCG)

"The terrorist elements have been preparing and planning to carry out a series of aggressive operations targeting state institutions, particularly economic ones," Egypt's Interior Ministry said in a statement.

Killed in shootouts in Giza and North Sinai provinces, the terrorists have also been plotting to assault tourism-related targets, policemen and soldiers as well as houses of worship, according to the statement.

Last week, the Egyptian police said they killed 14 terrorists after hours of shootout in Arish city of North Sinai province.

Egypt has been facing terrorist activities that killed hundreds of policemen, soldiers and civilians following the popular-backed military ouster of former Muslim Brotherhood-oriented President Mohamed Morsi in early July 2013 and the later security crackdown on his supporters.

Morsi's Brotherhood group is currently outlawed in Egypt as a terrorist organization.

Most of the terror attacks in Egypt in the past few years were claimed by a Sinai-based group affiliated with the Islamic State (IS) regional terrorist group.

Meanwhile, the Egyptian army and police killed hundreds of terrorists and arrested thousands of suspects during the country's anti-terror war declared by Egyptian President Abdel-Fattah al-Sisi, the army chief then, following Morsi's ouster.