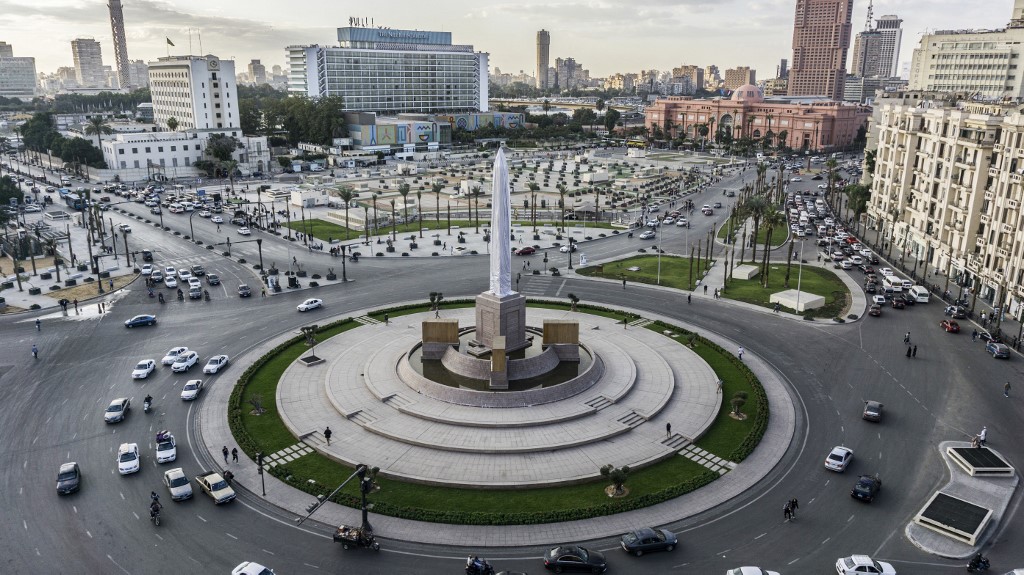 This picture taken on November 11, 2020 shows a view of vehicles driving through the main roundabout adorned with the Obelisk of Ramses II in Tahrir Square in the centre of Egypt's capital Cairo. (File photo: AFP)

The meeting was held on the sidelines of the 155th ordinary session of the Arab League Council at the level of foreign ministers which kicked off Wednesday in the Egyptian capital Cairo, according to a statement by the Egyptian Foreign Ministry.

The meeting came days after official delegations from Egypt and Qatar met on Feb. 23 in Kuwait during which the two sides discussed mechanisms needed to enhance future joint work after the signing of the Kuwaiti-sponsored reconciliation deal in Al-Ula city of Saudi Arabia in January.

The four states jointly cut diplomatic and economic ties with Qatar in June 2017, accusing Doha of supporting terrorism and interfering in their internal affairs, which Qatar repeatedly denied.