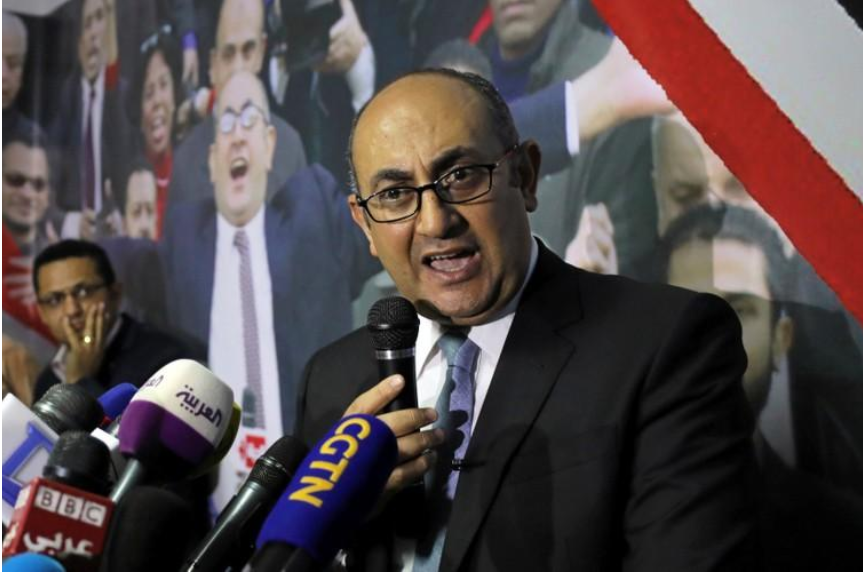 Egyptian human rights lawyer and opposition leader Khaled Ali said on Monday he would challenge President Abdel Fattah al-Sisi in the 2018 presidential election, provided he is not barred from the contest.

Ali is the first person to announce he is running against Sisi, a former military commander who led the ouster of former President Mohamed Mursi of the Muslim Brotherhood over four years ago.

Ali told a news conference he would have a socialist platform, aiming to end austerity and redistribute wealth, and fight terrorism without compromising freedom.

He criticized Sisi’s administration, accusing it of suppressing freedoms and causing deteriorating economic and security conditions.

“In spite of all the darkness, there is still hope. I call on all segments of society to unite in collective struggle to reclaim this hope and to rescue this nation,” he said.

“It is because of this that I have decided today to launch a presidential campaign.”

Sisi himself has yet to declare if he will run but is widely expected to do so. He won 97 percent of the vote in 2014.

Many in Egypt see him as vital to stability in a country where unrest since 2011 has battered the economy.

Under Sisi’s presidency, thousands of dissidents have been jailed. The government has shut down independent media and heavily restricted the conducting of opinion polls.

Ali said earlier on Monday security forces had raided a printing press and seized materials for his campaign, after media reports that he was expected to announce his candidacy.

If it appeared elections were being rigged, Ali said, he would call for a boycott by opposition candidates, forcing Sisi to be the sole contender.

Egypt’s presidency could not be reached for comment on Ali’s plan to run.

State-owned newspaper al-Gomhuriya ran an article on Monday with the headline “Khaled Ali and the ploys of dwarves”, attacking him as an attention-seeker.

It said Ali had ties to the Muslim Brotherhood and received illegal foreign funding. It did not provide evidence for its claims, which Ali denies. 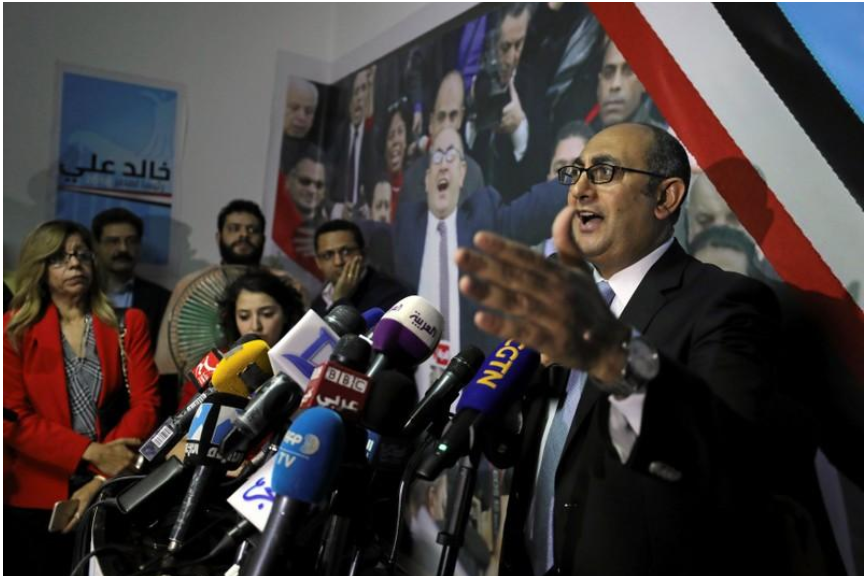 A Cairo court sentenced Ali in September to three months in jail for public indecency, over an allegedly rude hand gesture.

Ali has appealed, denying the charges which he says are politically motivated. If the guilty verdict is upheld he will not be allowed to run, even if he is not jailed.

The 45-year-old gained prominence in January when he won a case that nullified a government transfer of two Red Sea islands to Saudi Arabia, a deal that had prompted mass protests. It was after winning that case that Ali is alleged to have made the gesture.

Egypt’s reclaiming of the islands would be a cornerstone of his campaign, he said. He told Reuters in an interview in June the case had swayed the opinion of many former Sisi supporters who oppose ceding sovereign territory.

Ali ran for president in 2012 and came seventh. He was the youngest candidate at 40, the minimum age required to run.

He now leads the leftwing Bread and Freedom Party, at least eight of whose members have been arrested since April on charges including “misusing social media to incite against the state” and insulting the president.