The Eiffel Tower was evacuated on Monday afternoon after a person was spotted climbing up the Paris landmark, the company that operates the structure said. 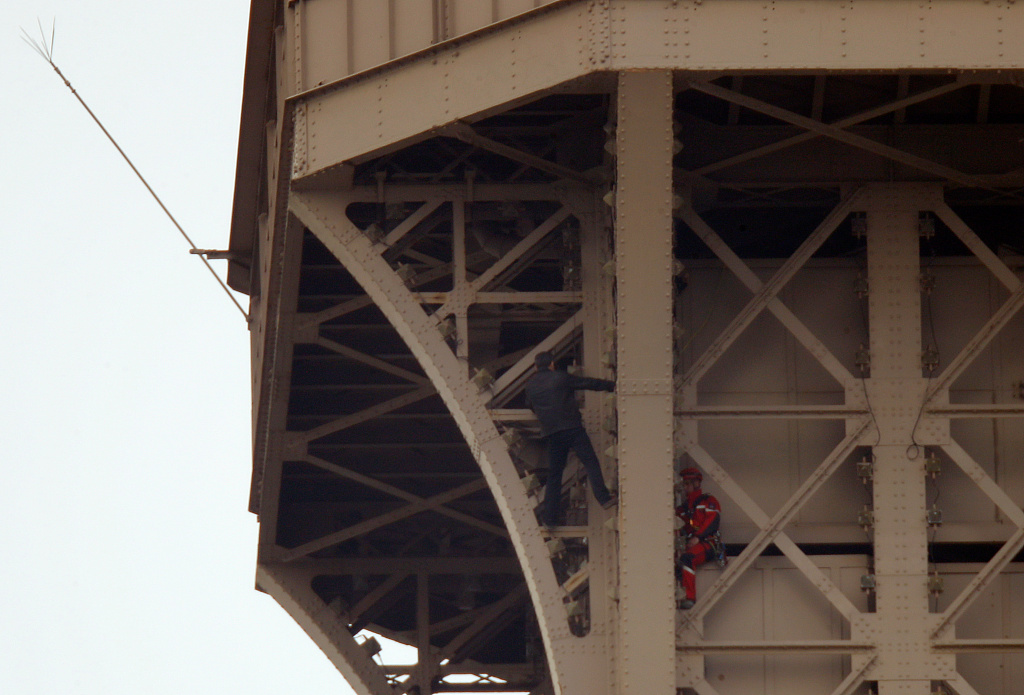 "A climber has been spotted. It's the standard procedure: We have to stop the person, and in that case we evacuate the tower," an SETE official told AFP, adding that police were on the scene.

The esplanade underneath the monument was also evacuated.

"We kindly advise our visitors to postpone their visit," the SETE added on Twitter.

Police have made contact with the climber but do not yet know why he began his ascent via the iron beams, a police source told AFP.

In October 2017 the tower was also evacuated after a young man ventured out on one of the beams and threatened to commit suicide, before police were able to convince him to come back.

The first two floors can be reached by either elevator or stairs, but only elevators whisk people to the top observation deck.