A suicide bomber drove a vehicle loaded with explosives into a base for Afghan defence forces in the country's east on Saturday, killing at least eight security personnel in an attack claimed by the Taliban. 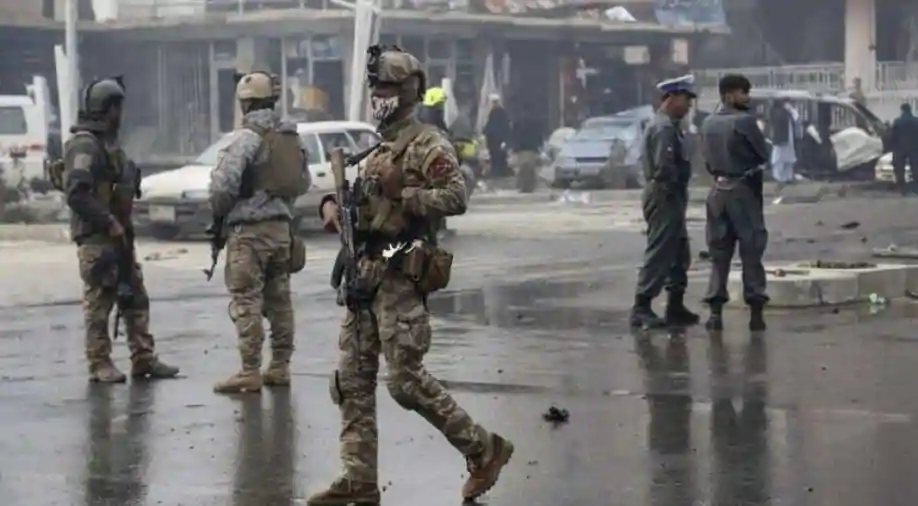 Members of the Afghan security forces inspect at the site of an attack, in Kabul Photograph. (Photo: AFP)

The pre-dawn assault took place in the restive province of Nangarhar where the Taliban have claimed several deadly assaults targeting government forces.

It came two days after the Pentagon said the Taliban were not living up to promises made in a deal signed with Washington last year, including reducing violence and cutting ties with Al-Qaeda.

The eight were killed when the bomber hit the base with a Humvee, the office of Nangarhar's governor said in a statement.

The deputy head of Nangarhar provincial council, Ajmal Omar, confirmed the attack but put the number of dead soldiers at 15 with five wounded.

Taliban spokesman Zabihullah Mujahid said his group had carried out the attack.

The governor's office said security forces had seized another vehicle loaded with explosives near the city of Jalalabad, the capital of Nangarhar.

Separately, two roadside bombs exploded in Kabul on Saturday but there were no casualties, police said.

Violence has surged across Afghanistan even as the Taliban and government engage in peace talks that began in September. The discussions have so far failed to make any major breakthrough.

The new Biden administration in the United States has accused the Taliban of not reducing violence despite signing a deal with Washington last year that stipulated the group do so.

That agreement required the Taliban halt attacks on US forces, sharply decrease violence and advance peace talks with the government in Kabul.

In return, the United States would steadily reduce its troop levels in the country, and remove all forces by May 2021.

But on Thursday the Pentagon said "the Taliban are not meeting their commitments to reduce violence, and to renounce their ties to Al-Qaeda".

The Biden administration is now reviewing the deal, which the previous Trump government signed with the insurgents in the Qatari capital in February 2020.