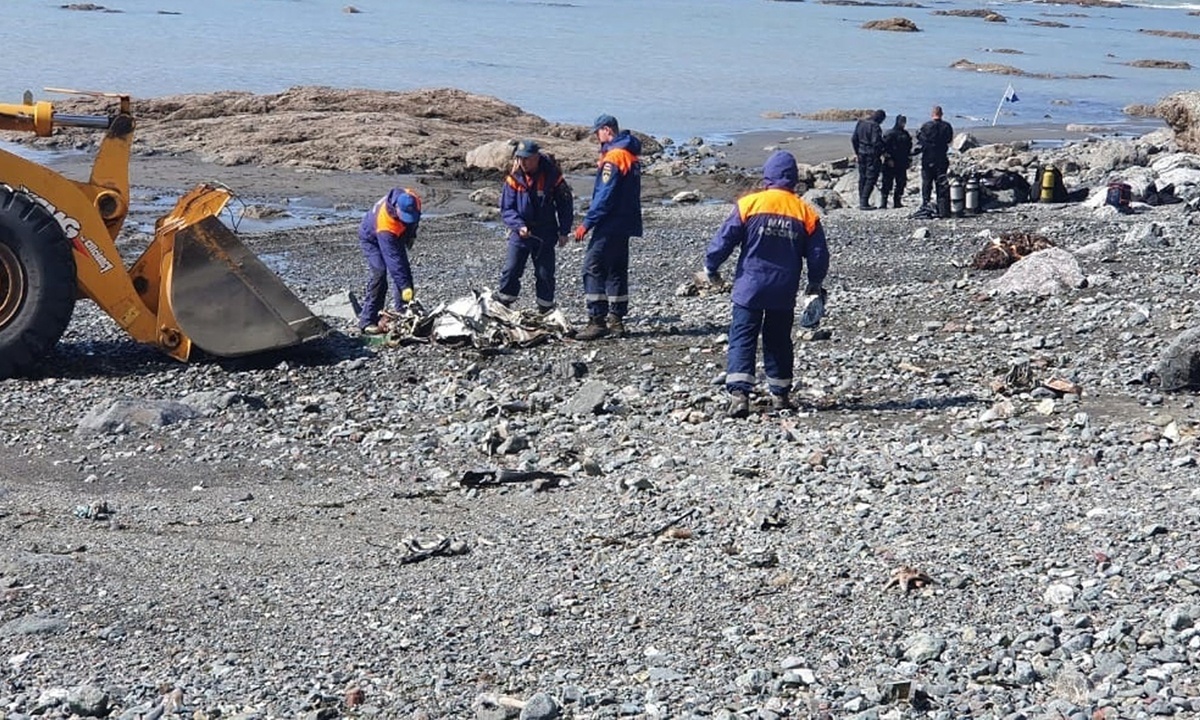 Emergency Situations Ministry workers take part in the rescue operation at the spot where a Mi-8 helicopter crash-landed into Kuril Lake in the Kronotsky nature reserve on the Kamchatka Peninsula, outside Petropavlovsk-Kamchatsky. (Photo: VCG)

A helicopter carrying tourists on a volcano sightseeing trip in Russia's far east crashed into a lake on Thursday, leaving eight people feared dead and two others in serious condition, rescuers and local officials said.

The Mi-8 helicopter carrying 16 people came down in a nature reserve on the mountainous Kamchatka peninsula, the local government said in a statement.

"Eight people were rescued, two of them are in serious condition," senior Kamchatka regional government official Alexander Zabolichenko said in a statement.

The helicopter was carrying three crew members and 13 passengers, all of them tourists.

Forty rescuers and divers were dispatched to the scene.

Unnamed medical sources told TASS that the remaining eight were feared dead, but their fate was not immediately confirmed. According to rescuers quoted by TASS, the helicopter sank after the crash and was lying at a depth of 100 metres in Lake Kuril. The Russian Investigation Committee, which handles air accident probes, said it was looking into a potential violation of air safety rules. The Vityaz-Aero helicopter was carrying the tourists to Khodutka, a volcano near the city of Petropavlovsk-Kamchatsky.

Kamchatka is a large territory with few inhabitants that is popular with tourists drawn by its dramatic scenery.

In early July, an aircraft from a small local company crashed in the peninsula, killing 19 people.