WORLD Eight hurt in shooting at US mall, gunman still at large

Eight hurt in shooting at US mall, gunman still at large 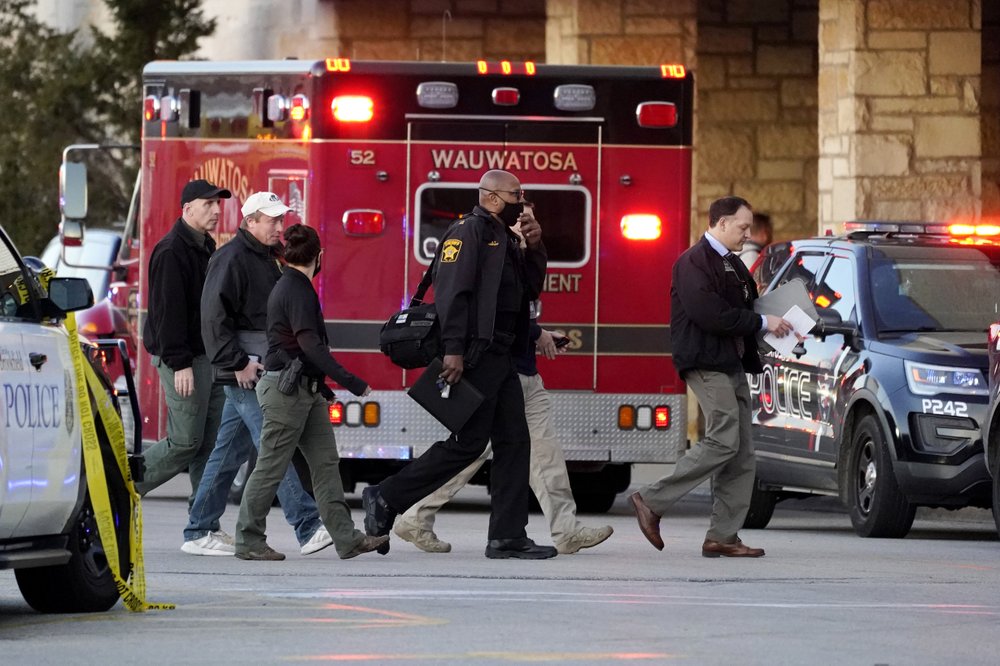 Police officials walk to the Mayfair Mall, Friday, Nov. 20, 2020, in Wauwatosa, Wis. Multiple people were shot Friday afternoon at the mall and police are still searching for the shooter. (Photo: AP)

Eight people were injured in a shooting at a US mall in Wisconsin on Friday according to police, who said they were still hunting for the shooter.

The FBI and the Milwaukee County Sheriff's office tweeted that their officers were on the scene at the Mayfair Mall in Wauwatosa, Wisconsin, supporting the "active" response by local police.

"When emergency personnel arrived, the shooter was no longer at the scene," the Wauwatosa Police Department said in a statement.

It said the wounded included seven adults and one teenager who had been rushed to hospital. The seriousness of their injuries was not immediately known, but Wauwatosa mayor Dennis McBride told ABC news their injuries were not life threatening.

The shooter was identified by police as a "white male in his 20s or 30s."

Numerous workers at the mall took shelter inside the building as the shooter rampaged, according to videos circulating on social media.

Shopper Jill Wooley told a local news station she was inside with her 79-year-old mother when the gunfire erupted.

"I knew right away it was a gunshot and they just kept coming one right after the other," Wooley told CBS affiliate WDJT. "We just dropped to the floor."

"I think we're all born with it," she said. "We've all been exposed to public shootings like this. I think all of us have thought of what we would do in a situation like this."

"We are disheartened and angered that our guests and tenants were subject to this violent incident today," the company that operates the mall said in a statement.

"We are thankful for our partners at the Wauwatosa Police Department and we are cooperating with them as their investigation develops," it added.