WORLD El Chapo in dock for biggest US drugs trial

El Chapo in dock for biggest US drugs trial

Joaquin "El Chapo" Guzman goes on trial in New York on Monday, accused of running the world's biggest drug cartel and spending a quarter of a century smuggling more than 155 tons of cocaine into the United States. 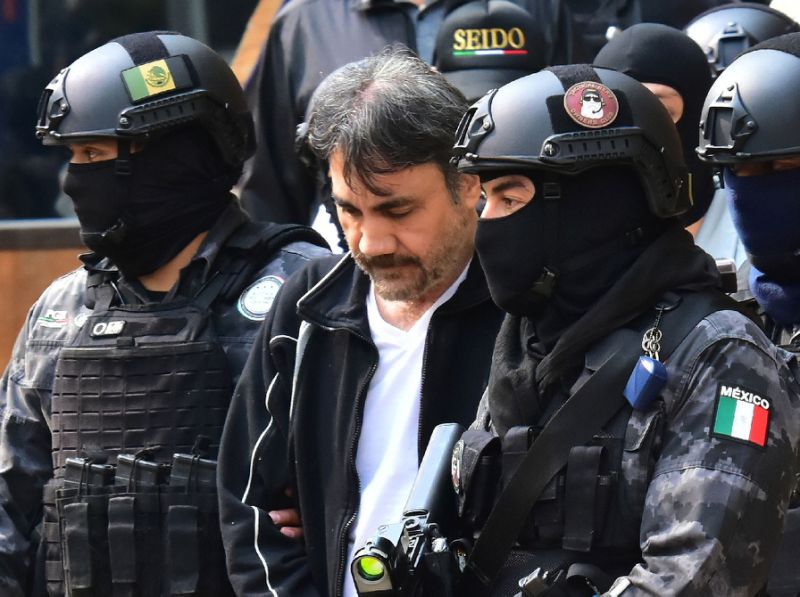 The mammoth trial in a Brooklyn federal court, which will cost millions of dollars and is expected to last more than four months, will see one of the world's most notorious criminals face the US justice system.

Prosecutors spent years piecing together a sweeping case against Guzman, who was extradited in 2017 after twice escaping prison in Mexico -- first hidden in a laundry cart, then slipping down a tunnel that reached his prison shower.

Guzman has been branded the world's biggest drug lord since Colombia's Pablo Escobar, who was dubbed "The King of Cocaine" and was one of the wealthiest men in the world until police shot him dead in 1993.

Experts say the government has a near water-tight case likely to send Guzman, 61, to a maximum security US prison for the rest of his life. But at what price?

"Is it going to stop even one additional pound of cocaine from coming into the United States? Probably not. The machine keeps rolling," says Rob Heroy, a North Carolina lawyer who has defended other Mexican drug barons.

Last year, there was a record 29,000 murders in Mexico. In the United States, opioid addiction has spiraled into an epidemic. In 2016, an average of 174 Americans died every day from drug overdoses. 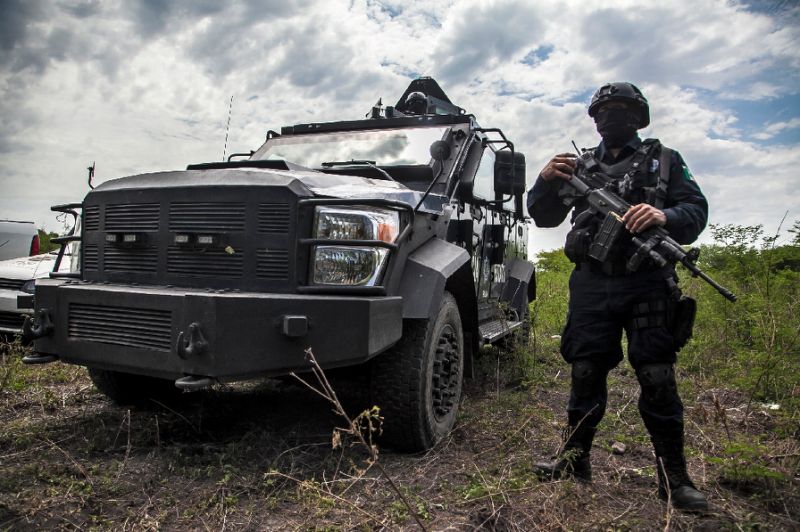 Mexican police participate in an operation to bust a clandestine lab for making synthetic drugs in Carrizalejo, in the state of Sinaloa, in July 2018

'Most expensive trial in history'

Jury selection will be conducted in security conditions reserved only for the most dangerous defendants. US District Court Judge Brian Cogan will preside over the process behind closed doors.

The 12 jurors, with six alternates, will remain anonymous. US Marshals will escort them to and from court every day.

These ordinary men and women will determine whether Guzman -- the diminutive father of two whose nickname means "shorty" -- is guilty or not of 11 trafficking, firearms and money laundering charges.

According to the indictment, the Sinaloa cartel, which Guzman is accused of leading from 1989 to 2014, became "the largest drug trafficking organization in the world... with thousands of members."

US prosecutors contend that from 1989 to 2014, the cartel smuggled at least 340,892 pounds (154,626 kilograms) of cocaine into the United States, as well as heroin, methamphetamine and marijuana, raking in $14 billion.

Guzman pleads not guilty, but the government has presented so much evidence -- more than 300,000 pages and at least 117,000 audio recordings -- that the defense complains they haven't had enough time to review it all.

Heroy estimates the trial will cost US taxpayer "more than $50 million," a price tag that includes protection programs for at least some of the several hundred witnesses expected to testify.

"It's probably set up to be the most expensive trial in the history of the US," he told AFP.

Even Guzman's lawyers are in the dark as to all the former associates, hired hands or rivals who have turned informants. Some of the informants have already been absorbed into the US witness protection program, given new identities and homes around the country. Others are already in jail, housed in special wings to protect them from reprisals.

If cooperating with the government can endanger their lives, and those of their families, it can also help reduce their own sentences.

"No one is going to have pictures of him (Guzman) carrying cocaine, taking the suitcase with money," said Heroy. "The case is going to be based on these informants."

Guzman has been held in solitary confinement in New York since Mexico extradited him in January 2017, one day before Donald Trump took office. He spends 23 hours a day in his cell.

The only visitors he is allowed are his three lawyers and twin, seven-year-old daughters, from whom he is separated by a thick glass screen.

The judge has banned his 29-year-old beauty queen wife, Emma Coronel, from visiting. Instead, she has attended almost all his pre-trial hearings, waving and blowing him kisses from the gallery.

Arrested for the first time in Guatemala in 1993, El Chapo spent more than seven years in a Mexican prison before his first escape in 2001.

Guzman was re-captured in January 2016 after a visit from Hollywood actor Sean Penn and a Mexican actress, who wanted to make a film about his life, allowed Mexican authorities to trace his whereabouts.

This time, Mexico decided to wash their hands and put him on a plane.