WORLD El Chapo likely headed to 'Alcatraz of the Rockies'

El Chapo likely headed to 'Alcatraz of the Rockies' 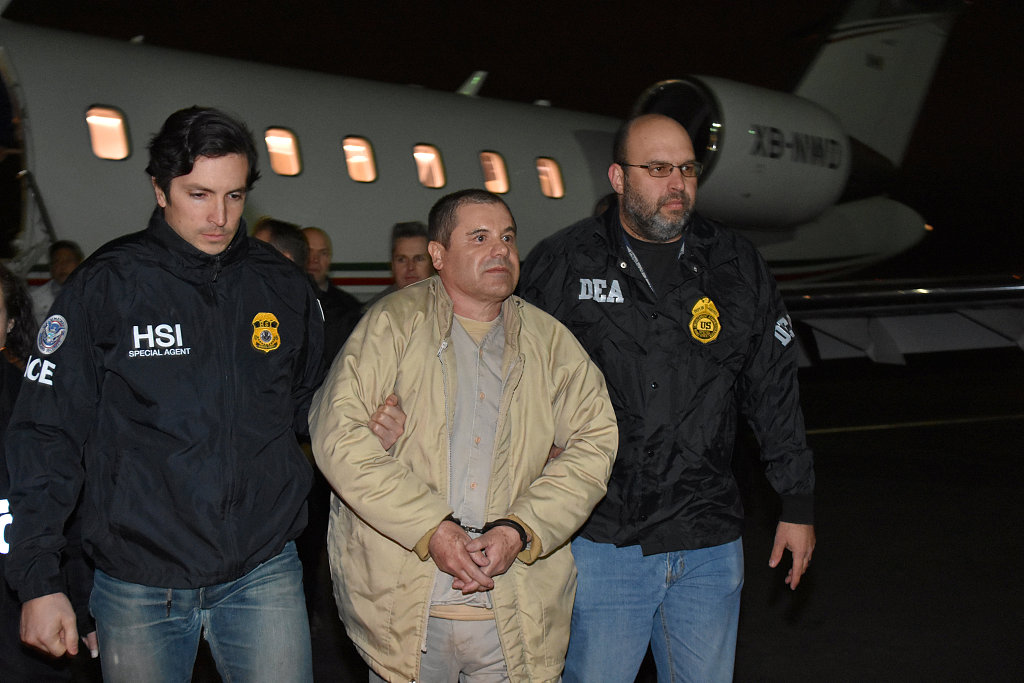 He has already managed to escape twice from high-security prisons in Mexico.

But this time, crime lord Joaquin "El Chapo" Guzman may find it more difficult to slip away from the "Supermax" prison in Colorado where he is likely headed.

The facility, also known as ADX (administrative maximum), has been dubbed the "Alcatraz of the Rockies" because of its remote location and harsh security measures.

Experts say the legendary kingpin, who was convicted on Tuesday of drug trafficking and who faces life in prison at his sentencing in June, will most probably spend the rest of his life at the federal prison from where no one has ever escaped.

Described as a hell on earth, the prison was built in 1994 and is located outside Florence, an old mining town about two hours south of Denver.

But El Chapo is unlikely to mix with the other inmates.

According to a 2014 Amnesty International report, inmates spend a minimum of 12 months in solitary confinement before their detention conditions are reevaluated.

Most of the prisoners are held in cells that measure about seven by 12 feet (2.1 by 3.6 meters) and are equipped with a fixed concrete bed, desk and stool as well as a stainless steel combination sink and toilet and a shower.

The only natural light comes from one small slit of a window that has a view of the sky or a brick wall, according to Amnesty.

In order to prevent contact between inmates, most cells have solid walls and a solid metal door.

The only human contact for the prisoners often comes when staff deliver and pick up food trays or during limited recreation time.

According to a report published last year by the Corrections Information Council of Washington DC, a civilian body that monitors prison facilities in the US capital and that interviewed prisoners transferred to Supermax, most inmates have one to two hours of recreation each day.

Those considered most dangerous are kept in cages placed in a concrete yard with high walls and a chain metal roof, according to Amnesty.

An indoor alternative, again in solitary, is in a windowless room equipped with a pull-up bar.

Daily recreational activities include hobby crafts such as drawing, watercolor paint and crocheting, according to the Council's report.

Those with access to a television can watch programming on closed circuit television. Netflix movies and DVDs are also available, but only if PG-rated.

"Daily life here is very boring and challenging if you are not physically and mentally strong," one inmate transferred from Washington DC to Florence told the Council.

Another said he felt "just happy to be alive."

Robert Hood, a warden at ADX Florence from 2002 to 2005, has described the prison as "a clean version of hell."

"It's far much worse than death," he has said.