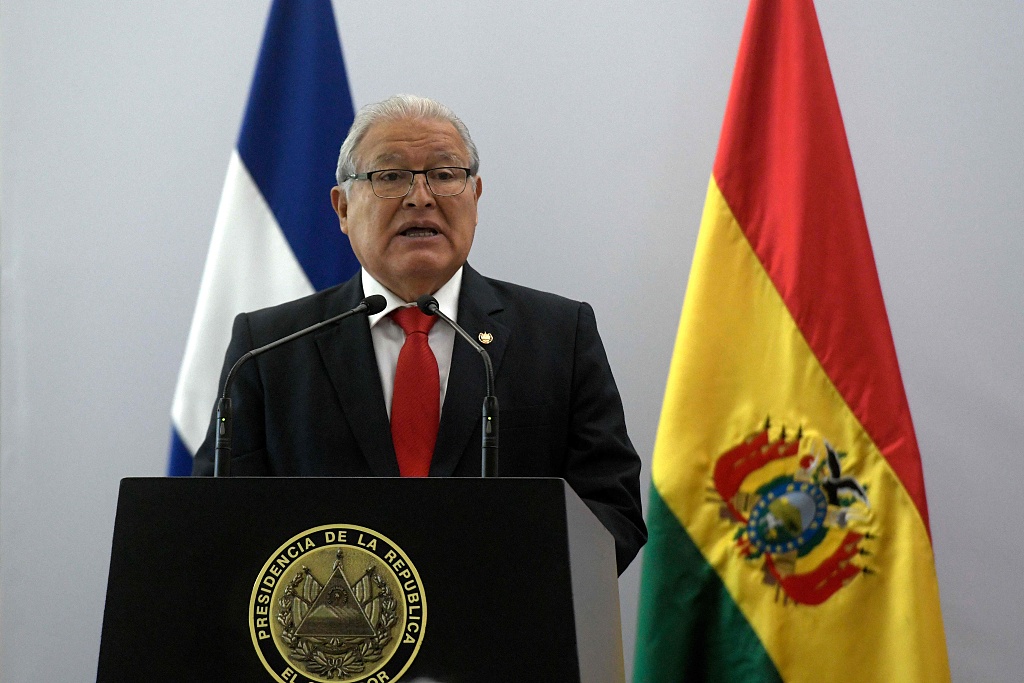 Salvadoran President Salvador Sanchez Ceren delivers a speech after handing in the pro tempore presidency of the Community of Latin American States to Bolivia's Foreign Minister Diego Pary during a ceremony in San Salvador, on January 14, 2019. (Photo: VCG)

At a handover ceremony of laptops which were donated by China to El Salvadoran public schools, the president stressed the significance and benefits of El Salvadora's relationship with the Asian country.

"This donation is a sign of the genuine wish to drive projects of cooperation, that will always be of benefit to the people of the two countries, with transparency and without any political conditions," he said.

The president also highlighted the decision to establish diplomatic relations with China in August 2018.

"We established diplomatic relations with the People's Republic of China through a sovereign, transparent act, without political conditions and of mutual cooperation, with the benefit of pushing development and progress between the two peoples," the president said.

China's ambassador to EL Salvador, Ou Jianhong, thanked the president and the attendees for the opportunity to share with the Salvadoran people the historic moment.

"Despite the immense geographical distance between China and El Salvador, the Chinese people send their friendship and solidarity with the Salvadoran people and are ready to offer their sincere and selfless help," Ou said.