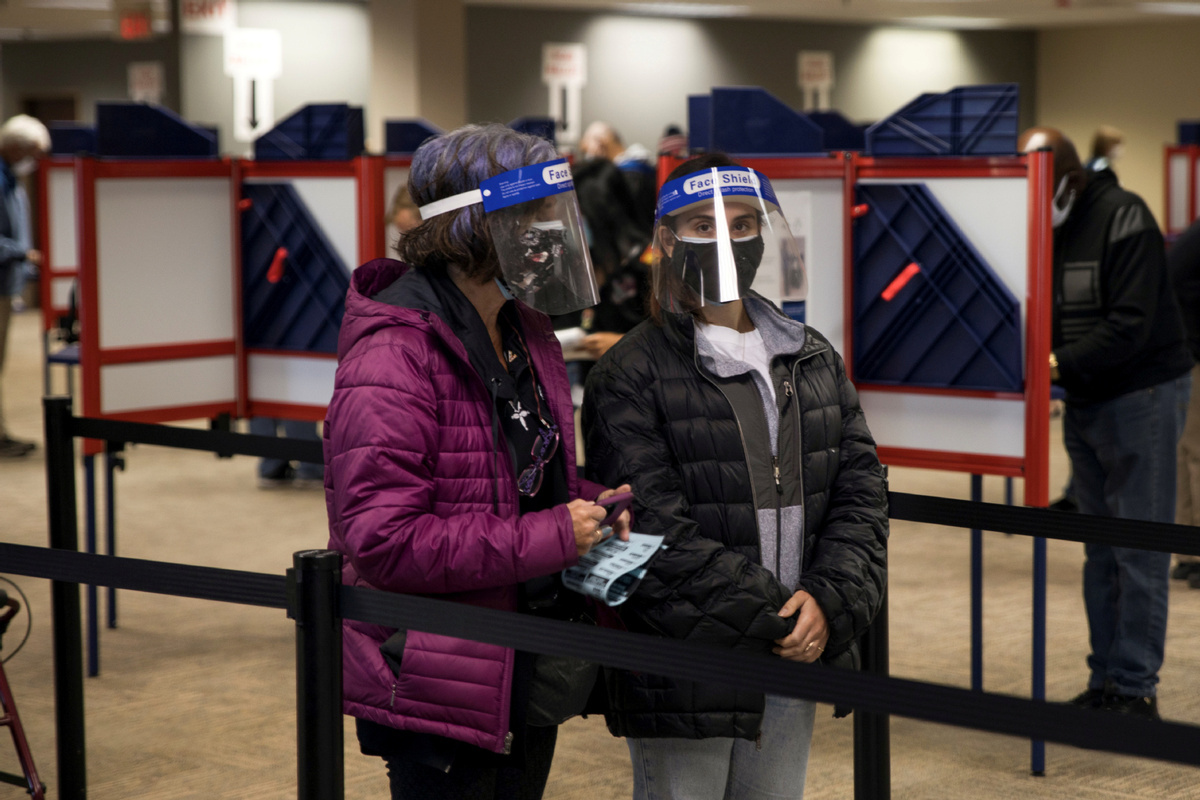 FILE PHOTO: People line up to cast their ballots for the upcoming presidential election as early voting begins in Cincinnati, Ohio, US, October 6, 2020. (Photo: Agencies)

A series of incorrect absentee ballots sent out in New York, Ohio and Pennsylvania have drawn criticism from US President Donald Trump and shaken confidence in the smooth running of the general election less than two weeks away on Nov 3.

In New York, as many as 100,000 ballots went out in September with return envelopes printed with wrong names, causing a problem because voters aren't allowed to sign an envelope with someone else's name on it. A newly corrected envelope was sent out to voters this month.

The New York City Board of Elections said voters who had received incorrect envelopes first alerted them to the problem and it blamed the error on a printing company in Rochester, New York.

On Oct 8, the Franklin County Board of Elections in Ohio said that around 50,000 voters out of 237,498 had received incorrect absentee ballots, and correct ballots would be "sent within 72 hours". Some ballots had the wrong information for a congressional race; others were sent to voters in different precincts.

In Allegheny County, Pennsylvania, election officials said on Oct 14 that nearly 29,000 voters were mailed ballots with the wrong contests on them, but they would be sent corrected ballots this week. Officials blamed the error on a contractor that handled the printing and mailing of ballots.

Trump has spent months repeatedly warning that mail-in voting is a "disaster" ripe for "fraud".

"Wow! 100,000 Mail in Ballots in New York City a total Mess," the president tweeted. "Mayor and Governor have no idea what to do. Big Fraud. Unfixable! Cancel Ballots and go out and VOTE, just like in past decades, when there were no problems!"

Amid the coronavirus pandemic, which has infected 8.2 million Americans and killed 220,60, there has been a surge in requests for absentee ballots.

With two weeks until Election Day, early voting has begun in all 50 states plus Washington DC. In the states reporting data, more than 35.5 million votes have already been cast and at least 83.4 million ballots have been requested, according to the United States Elections Project.

The early voters represent 20 percent of the 136 million ballots cast in the 2016 presidential election, according to Edison Research and Catalist, a data research firm.

Voters in Georgia already have cast a record-setting 1.7 million ballots by absentee and in-person by Oct 20, up 142 percent on the same time in 2016.

Nevada has seen 17,800 ballots cast. Florida has opened 52 of its 67 counties for early voting. All of counties will be open by Saturday, the same day that New York state begins in-person early voting.