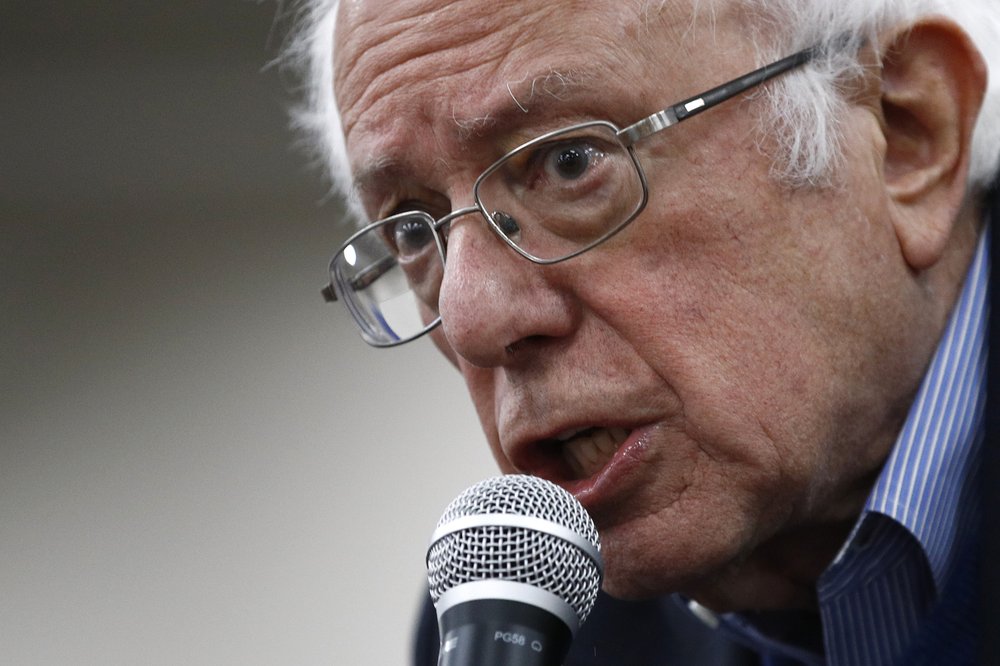 Four years after President Donald Trump drove the rules of politics over a cliff to win the Republican presidential nomination and ultimately the White House, Democrats will go through their own version of the same test.

In less than a month, Democratic voters will begin the formal process of sifting through a historically large field of candidates. The options include progressives who have inspired energy — and strong opposition — by rejecting traditional party politics and pushing for fundamental changes to America’s political, social and economic systems. Voters could pick the oldest nominee in the party’s history — or the youngest.

Ironies abound at the outset of the Democratic primary.

The oldest candidate at 78, Vermont Sen. Bernie Sanders, has a loyal following among young voters but has yet to prove he can build a broader coalition. Older voters, meanwhile, have shown interest in Pete Buttigieg, the 37-year-old former mayor of South Bend, Indiana, whose moderate vision has been greeted with skepticism by many fellow millennials.

And a party that prides itself on valuing diversity is contending with a top tier that is all white and mostly male.

The battle for the White House will unfold amid a great political realignment that is disrupting decades-long political alliances and further dividing America by education, gender and race. That means the election will likely serve as a referendum not only on the candidates, but also the country and its definition of the American presidency.

Some of Trump’s most influential allies say he is ready and willing to make 2020 the nastiest presidential contest in living memory.

Steve Bannon, a former White House adviser who has long fanned the flames of Trump’s scorched-earth politics, indicated that Trump would lean more aggressively into populism and nationalism over the coming year. And he offered a warning to Democrats who have engaged in a largely polite nomination fight so far: The “pillow fight” is almost over.

“This will be one for the ages. You’re going to get full Trump at max speed,” Bannon told The Associated Press.

Trump and his massive political machine are an ever-present force in the Democratic contest. The most important question each candidate must answer is why they are best positioned to defeat a president many in the party consider an existential threat to democracy.

Trump has already hurled personal and policy attacks at his Democratic opponents, even inviting assistance from foreign governments to defeat them. And with his surprise move last week to strike Gen. Qassem Soleimani, Trump showed how he can use the powers of the presidency to scramble American politics in an instant.

In a race that was already certain to be brutish, Trump’s decision to order the attack prompted some Democratic candidates to suggest he may have done so to divert attention from his impeachment trial.

The urgent question of which Democrat will ultimately challenge Trump will take months to resolve. The winnowing process formally begins with Iowa’s Feb. 3 caucus and ends at the party’s mid-July national convention after every state and US territory holds its own primary contest.

The candidates represent the ideological diversity of an evolving Democratic Party that is teetering on the edge of its own civil war, united if only by overwhelming disdain for Trump.

Former Vice President Joe Biden and Buttigieg represent the party’s moderate wing, favoring a more cautious shift leftward on core issues like health care, education and immigration. On the other side, Elizabeth Warren, a 70-year-old progressive Massachusetts senator, and Sanders, a self-described democratic socialist, are fighting for transformational changes including a shift to a single-payer health care system.

At the same time, one of the richest men in the world, former New York Mayor Michael Bloomberg, is trying to use his fortune to rewrite the rules of primary politics. The $50 billion man, who registered as a Democrat little more than a year ago, will ignore the first four states on the primary calendar and focus instead on more than a dozen Super Tuesday states in early March.

Political operatives are skeptical, and many progressives are disgusted, yet the strategy promises to complicate and prolong the bitter primary season.

Each Democratic faction is convinced that the other will trigger the very thing they fear most: Trump’s reelection.

“If we nominate a candidate that I would describe as far left, extreme left, I think that unfortunately, a lot of union members will just not get there,” said Biden supporter Harold Schaitberger, the general president of the International Association of Firefighters, who specifically warned Democrats against nominating Sanders or Warren.

The case for a moderate Democrat lies with the belief that white, working-class men in a handful of states will largely decide Trump’s fate in November.

Non-college-educated white men shifted sharply away from the Democratic Party in 2016, fueling razor-thin victories for Trump in three states that previously made up the Democrats’ “blue wall”: Michigan, Pennsylvania and Wisconsin. If Trump can hold same states again in 2020, he will return to the White House for another four years.

Schaitberger fears that some Democrats don’t appreciate the dire nature of the situation that continues in the Midwest, where many of his union members remain concerned by the leftward shift of the Democratic Party.

“It doesn’t matter if we get 10 million more votes in California or 4 million more votes in New York or Massachusetts, you gotta be able to come up in the battlegrounds with an electoral victory,” Schaitberger said, pointing to Michigan, Pennsylvania, Wisconsin and Florida as the states that matter most.

Alexandra Rojas, executive director of the liberal group Justice Democrats, feels just as strongly that her party must nominate a “bold progressive” like Sanders or Warren to take back the presidency. She and thousands of like-minded activists are fighting Biden and Buttigieg’s candidacies, outraged by their reliance on wealthy donors and their refusal to embrace transformative domestic policies like Medicare for All, which would replace the US private insurance system with free government-backed health coverage for all Americans.

“We’re fighting like we have nothing to lose,” Rojas declared.

She predicted that Democrats would ultimately come together after an explosive primary fight. Given several factors working in the Republican president’s favor, the Democrats’ feuding factions have no choice but to unite if they hope to take back the White House.

Rarely in modern political history has an incumbent president failed to win reelection in the midst of economic growth. And while there is debate about the strength of the US economy, there is no debating the numbers: unemployment rates and the stock market are better today than when Trump took office.

Meanwhile, Trump amassed the largest political fortune in US history heading into an election year, which he’s already using to construct a massive political machine. Backed by more than $100 million in his campaign account to begin the year, his team insists it can expand the traditional political battleground this fall to compete in Democratic-leaning states like Minnesota, New Mexico and even Oregon.

While he is optimistic, evangelical leader and Trump confidant Jerry Falwell Jr., the president of Liberty University, said it’s too early to predict a Trump electoral landslide. But he’s calling on all Republicans to embrace the Trump playbook.

“He’s teaching Republicans a lesson that I hope they learn — that nobody’s going to support them if they continue to be so diplomatic and so, what’s the word I’m looking for? I mean they act like royalty, like it’s beneath them to get down in the mud and fight,” Falwell said in an interview. “The people have been looking for somebody who will get down in the mud and fight and wade in up to their waist. Trump’s the first one who’s the done that.”

Indeed, Trump has eagerly attacked anyone and everyone who has criticized his personal style or governing decisions, even members of his own administration at times. He has already used ethnic slurs to go after Warren, raised questions about Sanders’ age, falsely called his rivals socialists, and openly encouraged foreign governments — namely Ukraine — to dig up dirt on Biden.

As his political base cheers, such tactics threaten to inflict lasting damage on Trump’s standing with some voters — especially women.

Democrats scored sweeping victories in the 2018 and 2019 as college-educated women, particularly in America’s suburbs, turned their backs on Trump’s GOP. At the same time, there is evidence that younger voters and minorities are both energized and repelled by Trump entering the new year.

Bannon insisted the GOP has become the “working-class party” under Trump, although he has some concern about Trump’s standing with working-class women. His more serious concern, however, lies with the narrow, but vocal slice of establishment-minded Republicans who are fighting his reelection.

He referenced the recent birth of an anti-Trump group dubbed the Lincoln Project, led by veteran Republican strategists who are planning a nationwide campaign to convince disaffected Republicans and independent voters to vote Democrat. The group’s leadership features conservative attorney George Conway, who is the husband of Trump’s chief White House counselor Kellyanne Conway.

“We need the Republican establishment on board,” Bannon said, noting that Trump essentially won the presidency because of less than 80,000 combined votes across Michigan, Pennsylvania and Wisconsin — “an inside straight,” he called it.

“If these guys can peel off 3% or 4%, that’s going to be serious,” he said of Trump’s Republican rivals.

Yet for all the talk of shifting voting blocs, intra-party fights and what will almost certainly be the most expensive campaign in the history of the world, Bannon believes that Trump’s fate will ultimately be decided by one man.

“Only Trump can beat Trump,” he said.