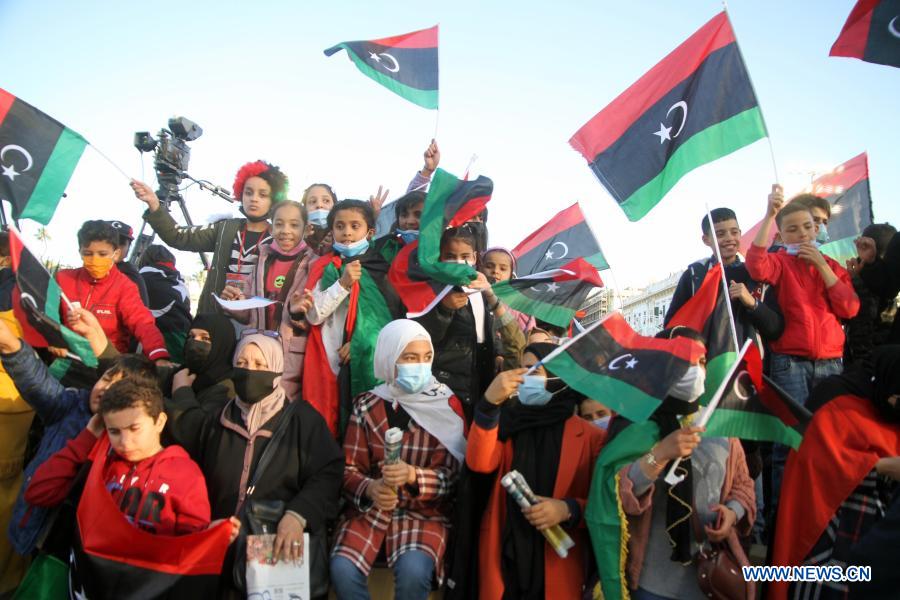 UNITED NATIONS, Sept. 10 (Xinhua) -- The top UN envoy for Libya said Friday that the elections scheduled for Dec. 24 are crucial in maintaining stability in the war-torn country.

"I would like to stress that holding the elections in Libya -- even in less than ideal situation, and with all imperfections, challenges and risks -- is much more desirable than no elections," said Jan Kubis, the UN secretary-general's special envoy and head of the UN Support Mission in Libya.

Not holding elections could only foster division, instability, and conflict, he told the Security Council in a briefing. "As I heard from my interlocutors, this is the opinion of the majority of Libyans, notwithstanding all their valid concerns and fears as well as some contradictions and differences on the way forward."

Libya is at a crossroads where positive or negative outcomes are equally possible. With the elections, there is an opportunity for Libya to move gradually and convincingly into a more stable, representative, and civilian track, he explained.

"I urge all Libyan actors to join forces and ensure inclusive, free, fair parliamentary and presidential elections, which are to be seen as the essential step in further stabilizing and uniting Libya," he said, adding that the international community also has a responsibility to support positive developments in Libya and to stand firm against attempts at derailing those developments.

Elections now are not just a moral or political commitment, they are a political and security necessity ensuring that the positive developments achieved in Libya since October 2020 continue and that Libya will move beyond the state of paralyzing perpetual crisis and conflict and perennial transition to complete the political process and enter the phase of building together sustainable security, stability, unity and development. The people of Libya must have the opportunity to express their will, to freely elect their representatives and give them a firm popular legitimacy, he said.

Aborting the drive for elections will for many be a signal that violence is the only path to power in the country. This cannot be allowed. The international community must be firm in its support for elections and must, at the same time, be sensitive to the ideas and ways presented by the Libyans on how to conduct and safeguard these elections. A mixture of principled firmness and pragmatic engagement based on Libyan solutions accepted by the majority is needed, said Kubis.

He welcomed the progress made so far by the High National Election Commission (HNEC) on the preparations for holding the national elections in December.

During the past two months, the HNEC managed to update its voter registry for in-country voting and to launch a voter registration update for eligible Libyan voters residing out of the country that will continue until mid-September.

More than half a million new voters have recently registered to participate in the upcoming elections, bringing the total number of registered voters to over 2.8 million, 40 percent of whom are women. Most of the newly registered are under 30, a clear testament to the young generation's eagerness to take part in determining the fate of their country through a democratic process. The Libyan authorities and leaders must not let them down, he said.

The country and its people need full clarity that the elections are going to happen on Dec. 24. The existing uncertainty creates a fertile ground for spoilers and skeptics to manipulate the situation against the political transition, feeding in the existing tensions in relations between diverse Libyan institutions and authorities. Public exchanges, confrontational statements and steps add to the tension and fears that this kind of conflicting relationship without a clear roadmap toward the presidential and parliamentary elections will further deepen, with political and security implications that work against the peace, stability and unity of Libya, he said.

In order to help ensure integrity and credibility of the electoral process and acceptability of the results, international and domestic observation of the whole process is critical, said Kubis.