Conservationists and veterinarians are warning that plastic waste in an open landfill in eastern Sri Lanka is killing elephants in the region, after two more were found dead over the weekend.

Around 20 elephants have died over the last eight years after consuming plastic trash in dumps in Pallakkadu village in Ampara district, about 210 kilometers east of the capital, Colombo.

Examinations of the dead animals showed they had swallowed large amounts of non-degradable plastic that is found in the garbage dump, wildlife veterinarian Nihal Pushpakumara said.

"Polythene, food wrappers, plastic, other non-digestible and water were the only things we could see in the postmortem. The normal food that elephants eat and digest was not evident," he said.

Elephants are revered in Sri Lanka, but are also endangered. Their numbers have dwindled from about 14,000 in the 19th century to 6,000 in 2011, according to the country's first elephant census. 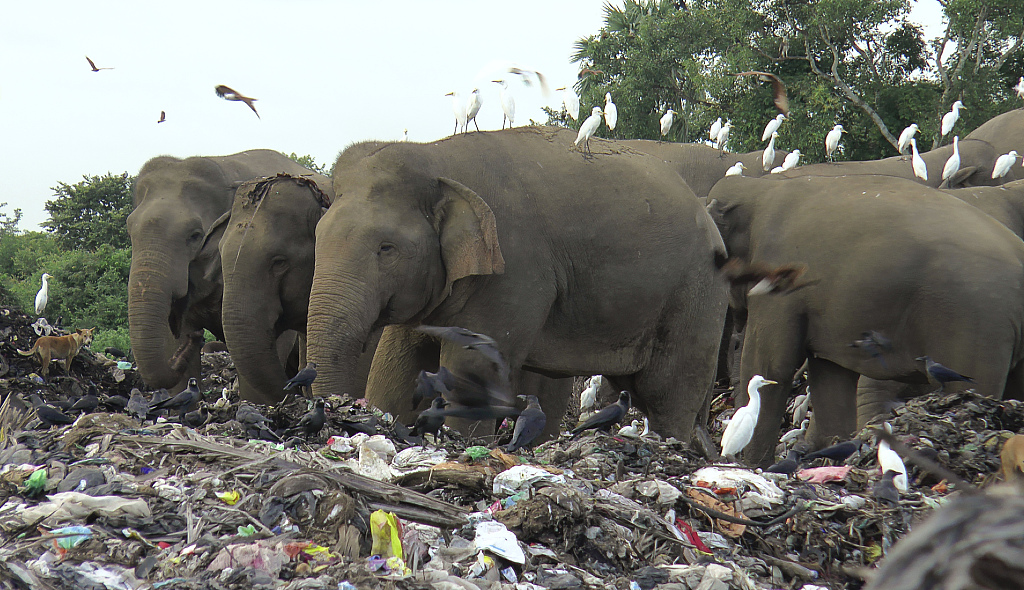 They are increasingly vulnerable because of the loss and degradation of their natural habitat. Many venture closer to human settlements in search for food, and some are killed by poachers or farmers angry over damage to their crops.

Hungry elephants seek out the waste in the landfill, consuming plastic as well as sharp objects that damage their digestive systems, Pushpakumara said.

"The elephants then stop eating and become too weak to keep their heavy frames upright. When that happens, they can’t consume food or water, which quickens their death," he said. Around 20 elephants have died over the last eight years after consuming plastic trash in the dump in Pallakkadu village in Ampara district, Sri Lanka. (Photo: VCG)

In 2017, the government announced that it will recycle the garbage in dumps near wildlife zones to prevent elephants from consuming plastic waste. It also said electric fences would be erected around the sites to keep the animals away. But neither has been fully implemented.

There are 54 waste dumps in wildlife zones around the country, with around 300 elephants roaming near them, according to officials.

The waste management site in Pallakkadu village was set up in 2008 with aid from the European Union. Garbage collected from nine nearby villages is being dumped there, but is not being recycled.

In 2014, the electric fence protecting the site was struck by lightning and authorities never repaired it, allowing elephants to enter and rummage through the dump. Residents say elephants have moved closer and settled near the waste pit, sparking fear among nearby villagers. 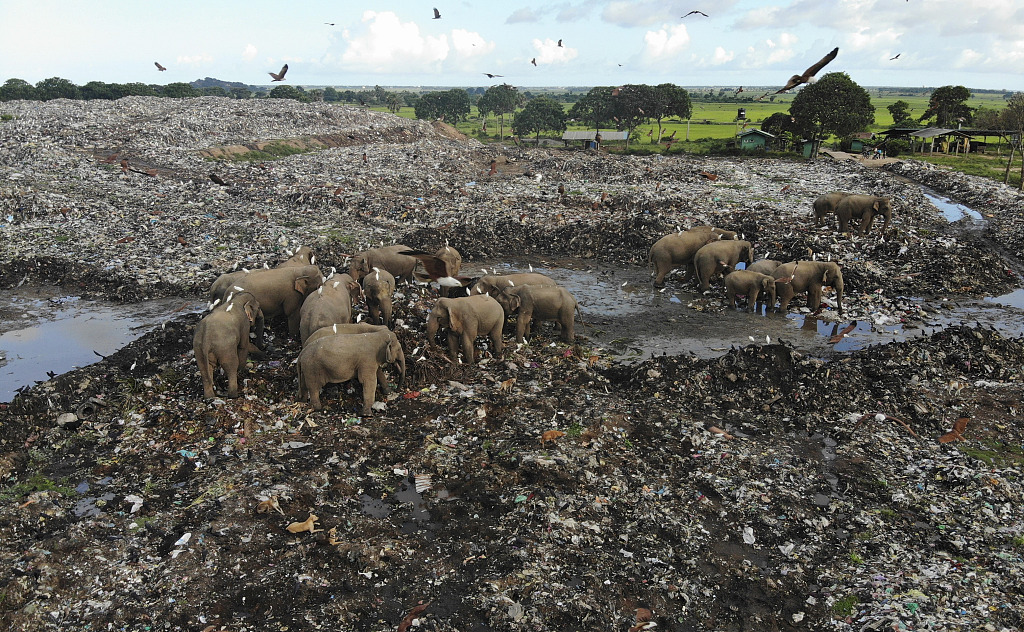 Many use firecrackers to chase the animals away when they wander into the village, and some have erected electric fences around their homes.

But the villagers often don’t know how to install the electric fences so they are safe and "could endanger their own lives as well as those of the elephants," said Keerthi Ranasinghe, a local village councilor.

"Even though we call them a menace, wild elephants are also a resource. Authorities need to come up with a way to protect both human lives and the elephants that also allows us to continue our agricultural activities," he said.