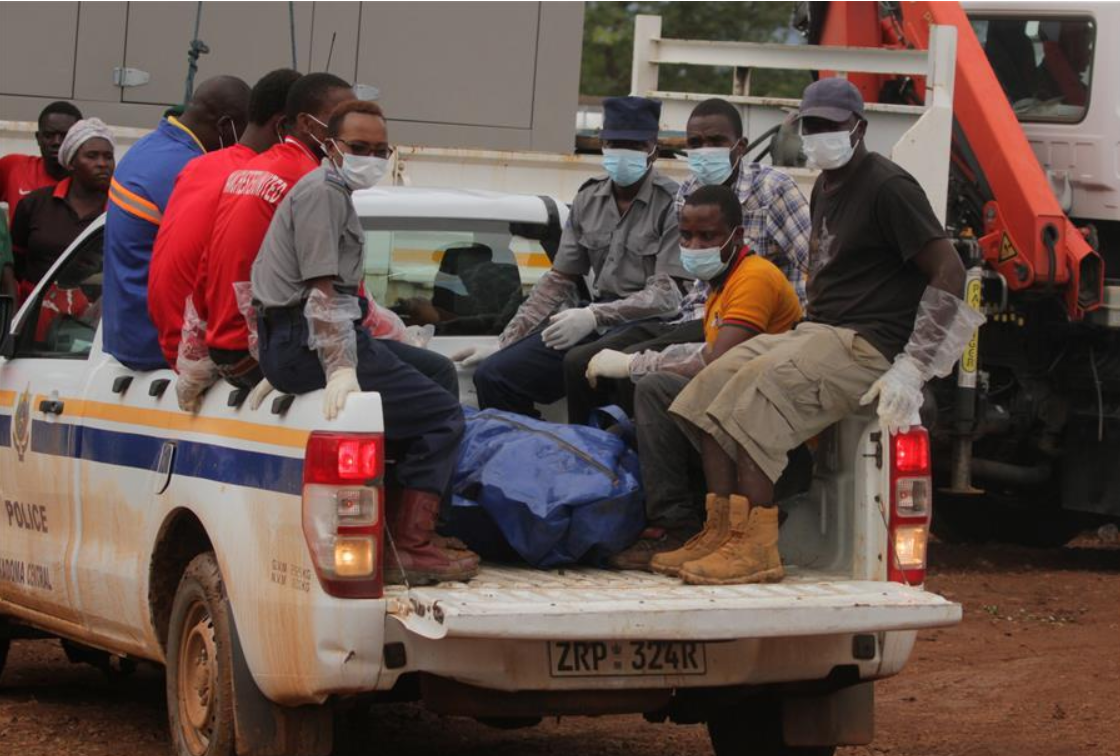 A miner's body is put on a pickup truck near a flooded shaft at a mine in Battlefields, Mashonaland West Province, Zimbabwe, Feb. 16, 2019. Eleven illegal miners were rescued Saturday after being trapped in a gold mine in Zimbabwe's Mashonaland West Province. So far, 24 bodies have been retrieved as rescuers continue to search for survivors. (Photo: Xinhua)

HARARE, Feb. 16 (Xinhua) -- Eleven illegal miners were rescued Saturday after being trapped in a gold mine in Zimbabwe's Mashonaland West Province.

"We are yet to assess and find out if there are more people down there who are still alive. But indications are that some of the guys succumbed to gassing, that was the major cause of fatalities," he said.

The illegal miners were trapped when the shafts they were working in were flooded Tuesday night after a nearby dam burst.

So far, 24 bodies have been retrieved as rescuers continue to search for survivors.

Local Government, Public Works and National Housing Minister July Moyo said Friday that between 60 and 70 miners were trapped after the incident.

President Emmerson Mnangagwa declared the incident a State of Disaster on Friday.

Mashonaland West Provincial Affairs Minister Mary Mliswa-Chikoka told media that the tragedy was a big wake up call for mining authorities and miners on the need to adhere to safety standards.