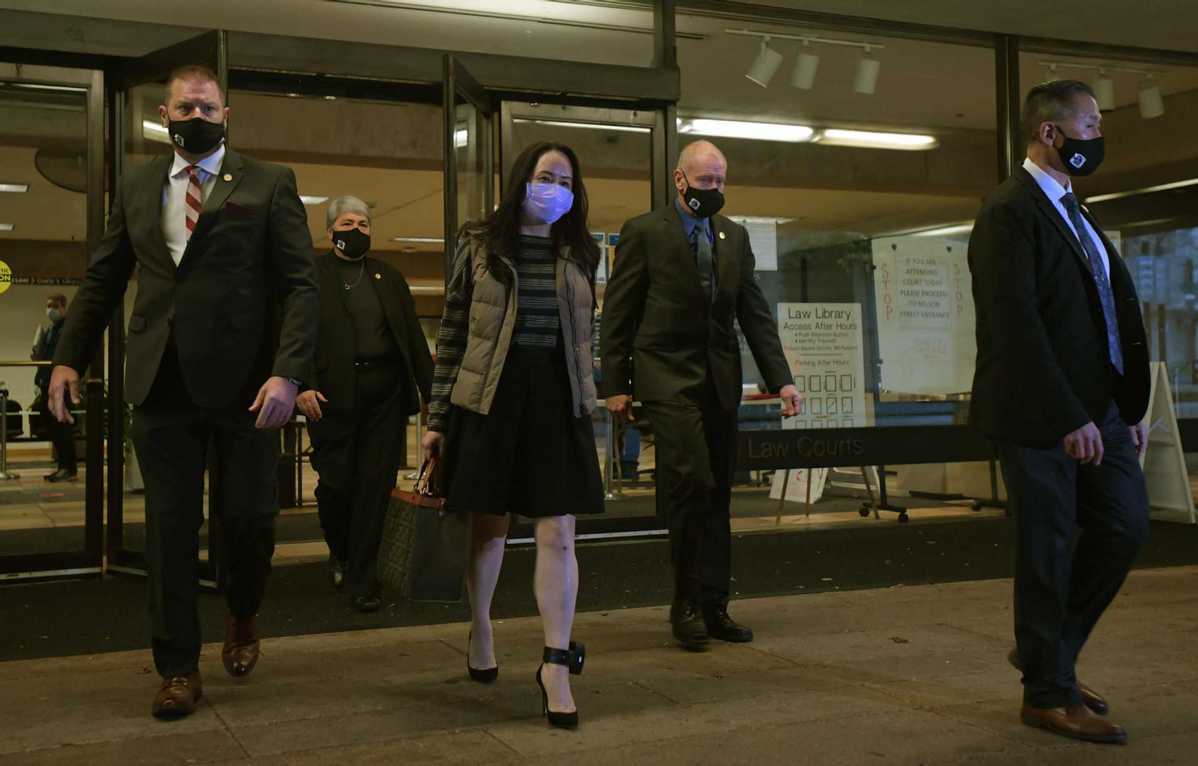 China has expressed firm opposition to a so-called declaration that Canada unveiled on Monday targeting the "arbitrary detention" of foreign nationals, and has lodged solemn representations with the Canadian side, according to the Chinese embassy in Canada.

A spokesperson for the Chinese embassy in Canada said on Tuesday that Canada had arranged for some other countries to endorse a so-called declaration denouncing the "arbitrary detention" of foreign nationals.

Canada also deliberately arranged personnel to falsely claim at the launch ceremony of the declaration that China had "arbitrarily detained" Canadian citizens Michael Kovrig and Michael Spavor, which is completely a confusion of right and wrong and displays ulterior motives, according to information from the embassy's website.

China has expressed strong dissatisfaction with and firm opposition to what Canada did and has lodged solemn representations with the Canadian side, the spokesperson said.

The two Canadians were detained in December 2018 on charges of engaging in activities endangering China's national security.

The spokesperson said that China is a country under the rule of law. Canadian citizens Kovrig and Spavor were arrested and charged in accordance with the law on suspicion of crimes against China's national security. China's judicial organs handled the case independently in strict accordance with the law and fully protected the lawful rights of the two. The Canadian side's attempt to build a coalition in the international arena to put pressure on China will be completely to no avail.

Meanwhile, the spokesperson noted that Canada has detained Meng Wanzhou, the chief financial officer of China's telecommunications giant Huawei, for more than two years while she has not violated any Canadian laws, which is arbitrary detention and a gross trampling on the legitimate rights and interests of Chinese citizens.

The Canadian side, on the one hand, claimed that it "adheres to the rule of law" and "opposes arbitrary detention", while on the other hand, it acted as an accomplice of the United States to arbitrarily detain a Chinese citizen and attempted to use Meng as a bargaining chip for the US to suppress Chinese enterprises. The act is hypocritical and contemptible, the spokesperson said.

China urged the Canadian side to seriously reflect on its mistakes, immediately release Meng and ensure her safe return to China, and stop creating more obstacles for China-Canada relations in any way, the spokesperson said.

Ties between the two nations have become strained since Canadian police detained Meng in December 2018 on a US extradition warrant. The Chinese telecom giant's chief financial officer is currently confined to the Vancouver area outside of the airport zone and is subject to round-the-clock monitoring.