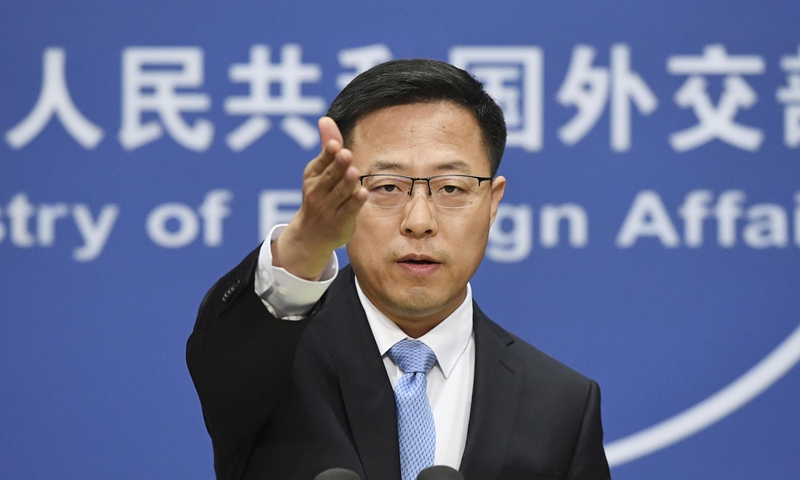 The Australian Embassy's harboring of journalists to evade a Chinese investigation obstructed China's law enforcement and is an interference of China's internal affairs, as well as judicial sovereignty, said spokesperson of China's Ministry of Foreign Affairs.

Zhao noted that in late June, under the excuse of a possible violation of Australia's foreign interference law, the country's intelligence organization raided the homes and interrogated four journalists who work for Chinese news organizations in Australia, including the Xinhua News Agency and China News Service.
The Australian side seized reporters' laptops, mobile phones and even their children's play items. In addition, Australia's law enforcement agents threatened those journalists, and forbade them from contacting the Chinese Embassy, which has left them with psychological and physical trauma.
Zhao said that Australia has not yet given a legitimate explanation for their actions, or returned the seized items, and asked if is this was a "normal investigation."
As for the two Australian journalists, Zhao said it was the Australian Embassy that asked them to leave. The embassy also harbored the two when China issued a request to investigate them.
The embassy's move went beyond consular protection and was an interference in China's internal affairs as well as judicial sovereignty, said Zhao.
Bill Birtles contacted China's Foreign Ministry in July to return to China, after taking personal leave in Australia, Zhao said. In August, China overcame many difficulties and arranged a trip back to China for Birtles. He was scheduled to return this Sunday, but it was Australia that asked him to postpone the trip.
Zhao stressed that Australia's harassment of Chinese journalists has severely obstructed Chinese media's reporting within the country, and exposed the hypocrisy of some Australians who claimed to honor freedom of press.
Also, Australian embassy's harboring of journalists to evade investigation in China is not in accordance with its status, said Zhao.