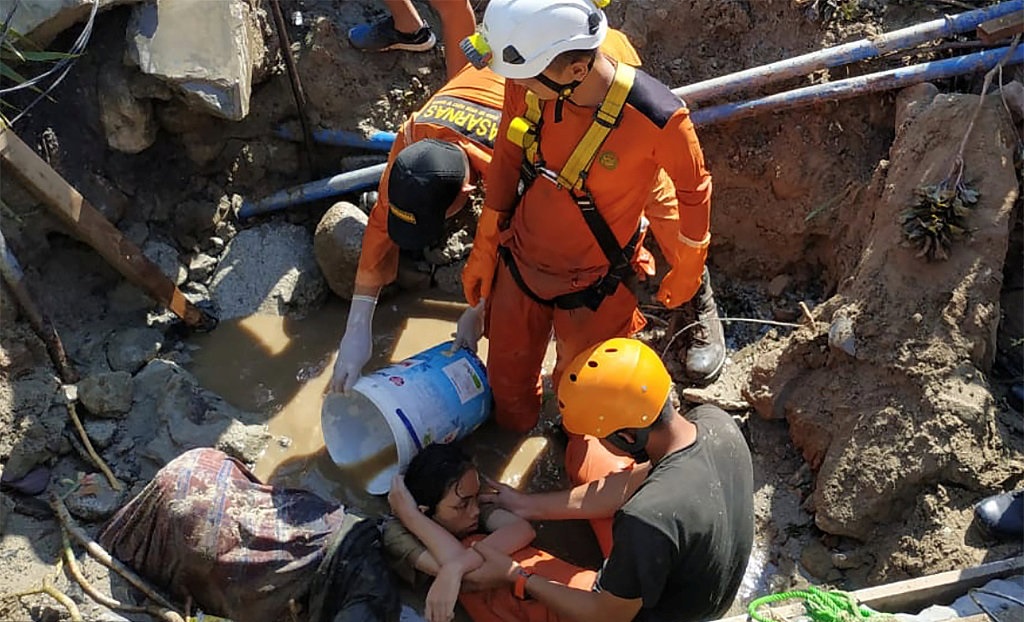 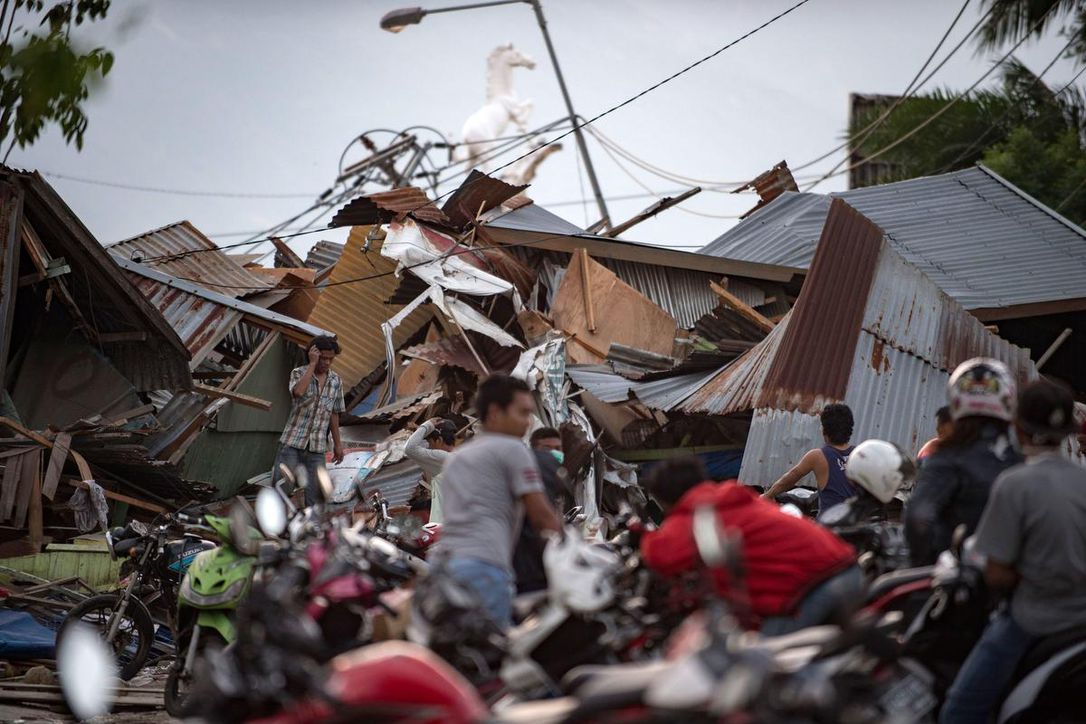 Residents look for their belongings amid the debris of destroyed houses in Palu in Central Sulawesi on September 29, 2018, after a strong earthquake and tsunami struck the area. (Photo: AFP/GETTY IMAGES)

The death toll from a powerful earthquake and tsunami on the Indonesian island of Sulawesi has reached 420, state media said Sunday. Indonesian authorities have sent emergency relief aids to quake and tsunami-affected areas in Central Sulawesi province to help survivors of the catastrophes.

Multiple powerful and shallow quakes measuring 6.0, 7.4 and 6.1 magnitude followed by a tsunami on Friday devastated thousands of houses, a hospital, hotels, a shopping center and other buildings in the province.

The disasters, which hit the hardest in provincial capital Palu and the Donggala district, also cut off roads and forced the main airport of the region to be closed, spokesman of national disaster management agency Sutopo Purwo Nugroho said.

A total of 540 people were undergoing medical treatments after being hit by the debris and falling blocks of concrete, Sutopo noted.

The spokesman said survivors and the injured people were in need of aids including fast food, baby food, medicines, tents and blankets. More rescuers and heavy machinery equipment were also needed.

One day after the disasters, most of communication facilities remained cut off due to electricity outage, hindering coordination and dissemination of information about the catastrophic situation.

The country's health ministry had deployed a medical team and established health clinics among the survivors, the spokesman told Xinhua in a text message.

Repairmen of the damaged airport had been one of the priorities in a bid to facilitate transportation of the aids, said Sutopo.

The transport ministry has sent personnel and equipment to carry out inspection on the runway and repair damages in airports, particularly the main airport in Palu.

Troubles in communications have also come into focus during the emergency relief efforts. Repair of the damaged facilities and networks was being undertaken by personnel from information and communication ministry, the spokesman added.

Indonesia's military had dispatched personnel and aircraft for the relief efforts, according to the spokesman.

"TNI (armed force) has deployed troops to help handling the risks of these quakes and tsunami in Palu and Donggala. The force has sent about 700 personnel and two Hercules planes," Sutopo said. In addition, a military's super puma helicopter carrying portable navigation devices was flying to the scene.

(with input from Xinhua and AFP)