TOKYO, July 6 (Xinhua) -- An emergency rain warning was issued by the weather agency here Monday for more torrential rain to hit regions in Japan's southern deluge-hit Kyushu, where heavy downpours over the weekend caused widespread floods, landslides and claimed the lives of more than 20 people. 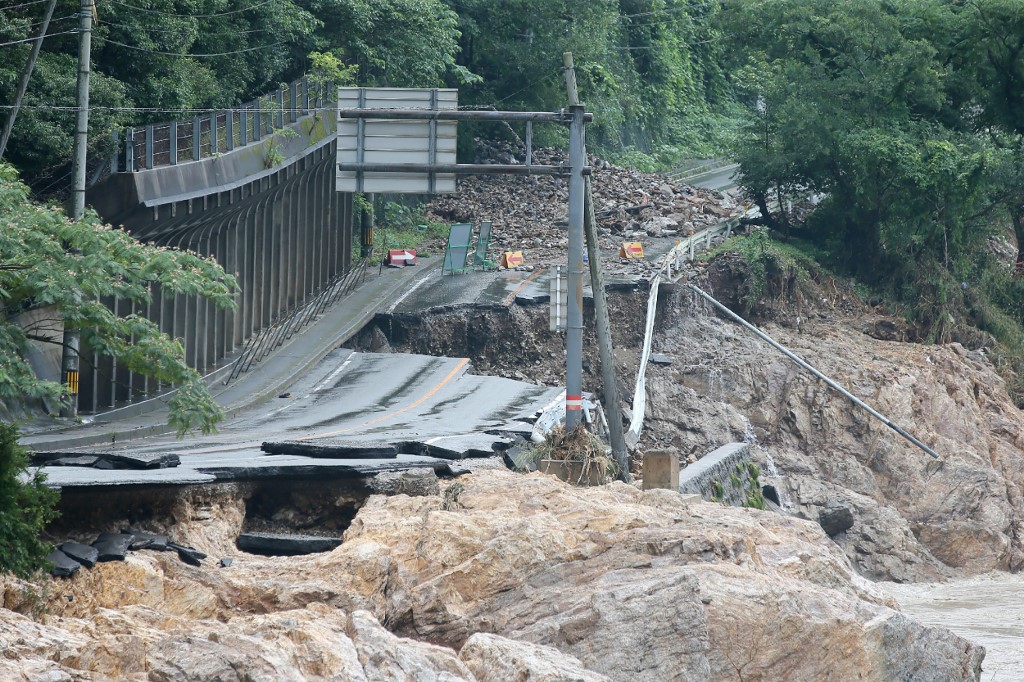 A road is destroyed following torrential rain near the Kuma river in Ashikita, Kumamoto prefecture, on July 6, 2020. (Photo: AFP)

According to the Japan Meteorological Agency (JMA), the latest emergency warning, the highest on the agency's scale, was issued for Nagasaki, Saga and Fukuoka prefectures in the region late Monday afternoon.

The warning follows the agency, earlier in the day, issuing the same warning for parts of already hard-hit Kumamoto, as well as Kagoshima prefecture, also in the Kyushu region.

Local authorities have called on people in the affected areas to evacuate or to ensure they remain in safe places as the torrential downpours may cause further flooding and landslides.

Evacuation orders are already in place for areas in Fukuoka, Miyazaki and Kagoshima prefectures also in Kyushu, the south-westernmost of Japan's main islands, the JMA said.