A civilian employee raged through Paris police headquarters with a knife on Thursday, stabbing four police colleagues to death before he was shot and killed, French authorities said. 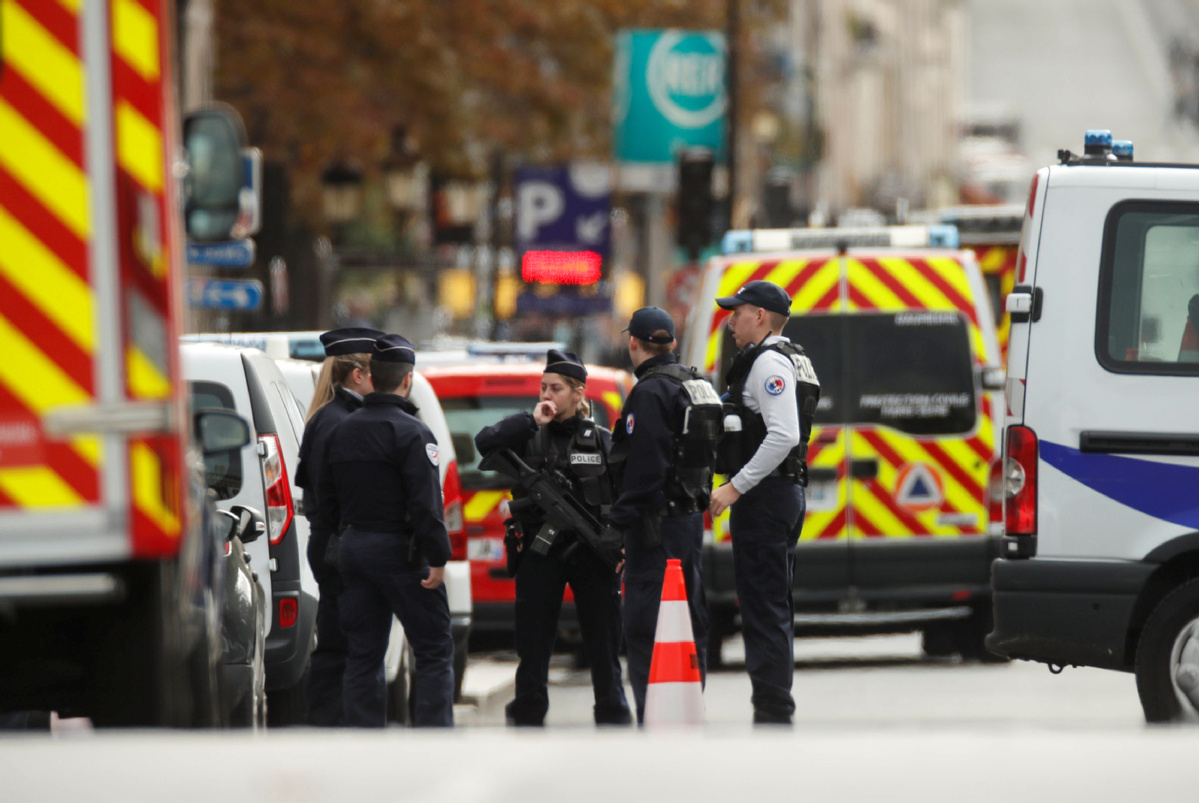 The man, a technology administrator in the police intelligence unit, launched the attack in his office then moved to other parts of the large 19th-century building across the street from Notre Dame Cathedral.

Three of the people he killed were police officers and the fourth was an administrator, the Paris prosecutor said.

Officials did not say anything about the motive for the attack. French media reported the unnamed assailant carried out the attack with a ceramic knife.

An officer stopped the attack when he shot the assailant in the compound's courtyard, said a police official. The official was not authorized to talk publicly about the case and requested anonymity.

The neighborhood where the police compound is located, a busy tourist destination, was locked down, the Cite metro stop was closed and the bridge between Notre Dame and the headquarters building was blocked off.

The assailant had worked for the city's police force since 2003 without ever arousing concerns, French Interior Minister Christophe Castaner said.

"There were no warning signs," Castaner said.

"This man was known inside the computer department, he worked alongside his colleagues and never presented any behavioral difficulties," he added.

Paris prosecutor Remy Heitz said authorities opened a murder investigation, for the moment ruling out a terrorism inquiry. He said the 45-year-old assailant's home was being searched.

Three of the victims were men and one was a woman, Heitz said. A department employee wounded in the rampage underwent emergency surgery on Thursday afternoon, Castaner said.

Emery Siamandi, who works at police headquarters, said he was in the stairwell leading to the chief's office when he heard gunshots.

"I told myself, this isn't right," Siamandi said. "Moments later, I saw three policewomen crying. I couldn't help them in any way, and their colleagues were crying too, so I figured it must be serious."

He said he saw one officer on his knees in tears.

"It's the worst scenario possible, an internal attack with colleagues working together," said Philippe Capon of the UNSA police union.

Capon cautioned against jumping to conclusions about the motive and said, "Nothing can be ruled out, including a personal issue."

A police official and member of the collective Police Up In Anger, which lobbies for better conditions for officers, was quoted by Franceinfo radio as saying the assailant had experienced problems with his supervisor.

"I know there were tensions between him and his direct supervisor," Christophe Crepin said. "I do not think this is a terrorist act."

The attack came a day after thousands of officers marched in Paris to protest low wages, long hours and a rising number of suicides in their ranks.

"Paris weeps for its own this afternoon after this terrifying attack in the police headquarters. The toll is heavy, several officers lost their lives," Paris Mayor Anne Hidalgo tweeted.