En+ set to ask US for more time for Deripaska stake sale: source 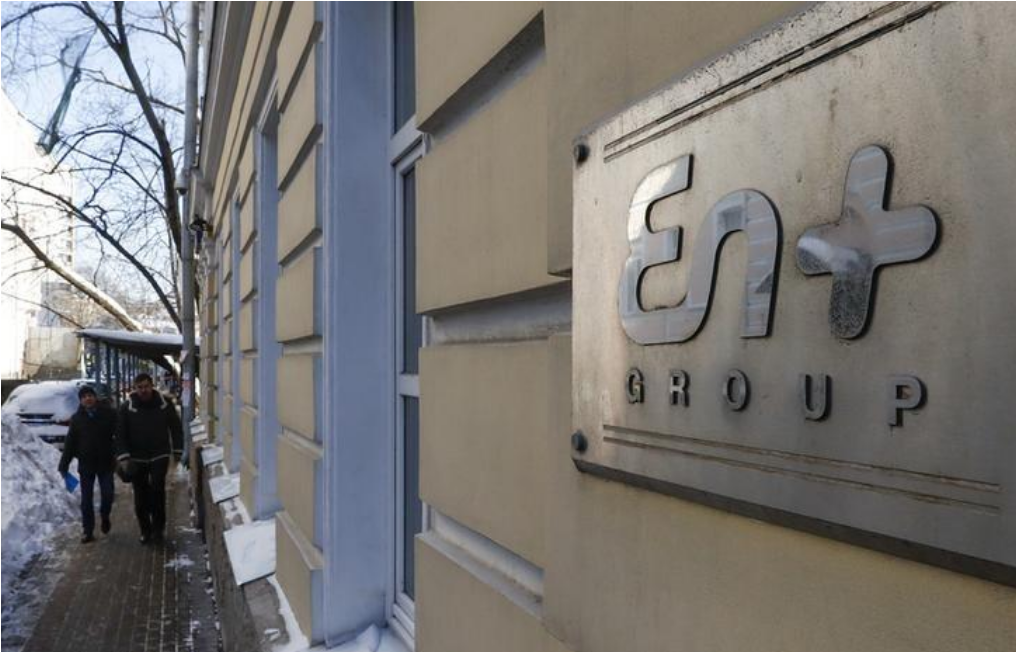 The logo of aluminium and power producer En+ Group is seen on a building in central Moscow, Russia February 13, 2018. ( Photo: Reuters)

Russia’s En+ Group, which manages Oleg Deripaska’s aluminum and hydropower businesses, is likely to ask the US Treasury for more time to reduce Deripaska’s stake, a source close to the company said.

Washington imposed sanctions on a string of Russian companies and businessmen including En+ and Deripaska, who has a 65 percent stake in the firm, in response to Moscow’s alleged meddling in the 2016 US presidential election and other so-called malign activities.

Rusal, the largest aluminum producer outside China in which En+ owns a 48 percent stake, has also been targeted by the measures, triggering wild fluctuations in the price of aluminum and supply disruption to companies around the world.

Following pressure to soften its stance from business groups, Washington suggested it might lift the sanctions against En+ and Rusal if Deripaska cuts his En+ stake to below 50 percent and introduces independent board members.

The US Treasury has set a deadline of June 6 for investors to divest or transfer their holdings in sanctions targets including En+ and Rusal, an extension from the original May 7 deadline.

The company “will likely have to apply for an extension to the June 6 deadline,” the source told Reuters, adding it was still trying to find buyers for Deripaska’s holding.

The source said the company would only implement the changes requested by the US Treasury’s Office of Foreign Assets Control (OFAC) if the sanctions were lifted.

Deripaska resigned as a member of the En+ board of directors on Friday, a gesture the source called a “unilateral move of good faith” to show OFAC the company was serious.

En+ Group said on April 27 that Deripaska has agreed in principle to reduce his stake in the company to less than 50 percent from 65 percent.

The source ruled out a deal structure which could allow Deripaska to take back control of EN+ at a later stage.

“For Deripaska, this is a one-way street,” it said.

The US Treasury could not immediately be reached for comment.