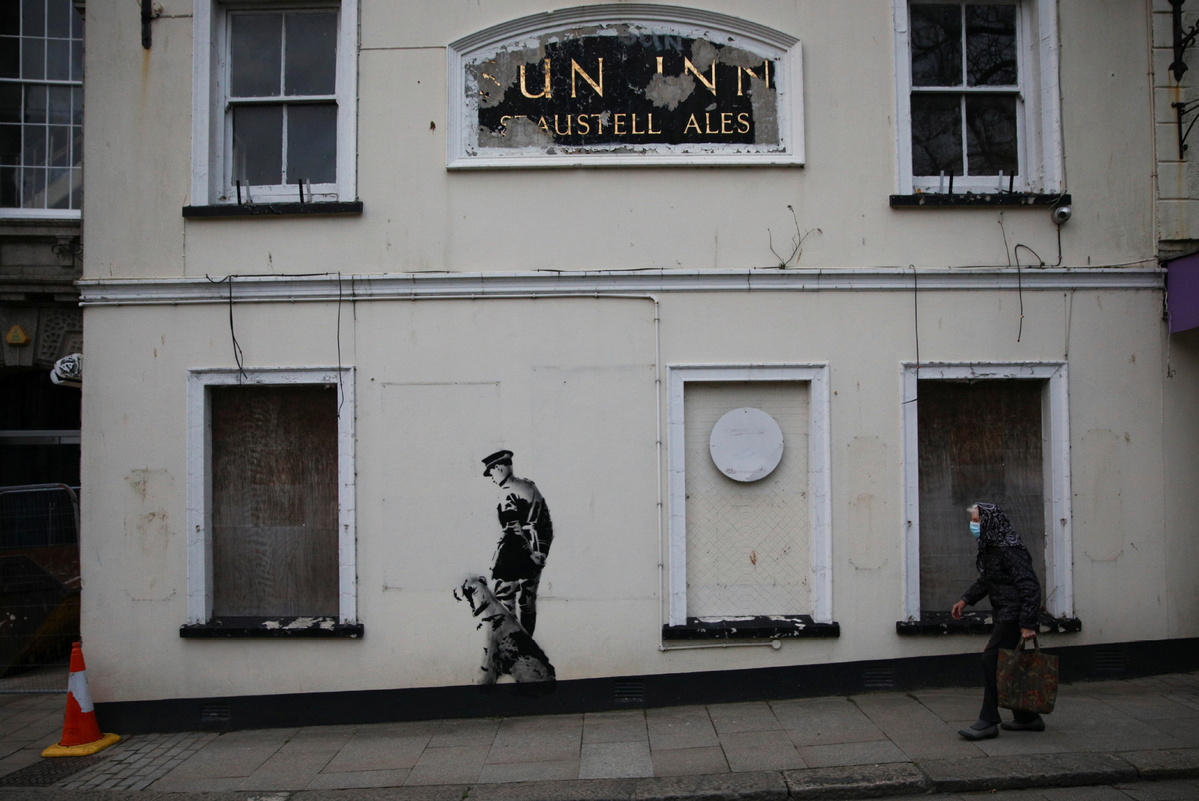 A rush to find what tier of COVID-19 restriction will be imposed on different parts of England saw a government website crash after the details of post-lockdown limitations were announced on Thursday.

Just three regions - the Isle of Wight off the south coast, and Cornwall and the Isles of Scilly in the far west of England - will be in the lowest tier 1, but large areas, including much of the Midlands, North East and North West, including areas around Manchester, will be in tier 3.

The majority of the country, including Liverpool and London, will be tier 2, but altogether around 55 million people will find themselves barred from mixing with other households indoors once the current blanket restrictions come to an end on Dec 2.Rules on hospitality venues and what services they can provide also vary from tier to tier.

Health Secretary Matt Hancock urged the public to comply with the rules for everyone's long-term benefit.

"Hope is on the horizon but we still have further to go. So we must all dig deep," he said. "We should see these restrictions not as a boundary to push but as a limit on what the public health advice says we can safely do in any area."

Labour's shadow health secretary Jon Ashworth said the country is "still in the tunnel" and "we have a significant way to go to drive infection rates down.

"We understand why tough restrictions are still needed," he continued, "but let's be clear: today millions of people trying to survive in the second lockdown will soon be forced to endure further local lockdown restrictions."

The first review of the tiers will take place on Dec 16, but at the moment, tier 3 restrictions will affect people living in cities including Sheffield, Leicester, Bristol and Birmingham, as well as the Medway region of Kent, in the southeast of the country.

The announcement drew differing responses across the country. Joe Anderson, mayor of Liverpool, which had previously been on tier 3, paid tribute to the efforts of local people to improve their situation.

"We embraced tier 3 restrictions and worked fast to deliver the testing pilot, bringing in the Army to help us deliver an efficient service," he said, calling it a "great result."

London mayor Sadiq Khan said the city being put on tier 2 was down to the "monumental sacrifice" of Londoners, while Greater Manchester mayor Andy Burnham said "we have to accept (the local infection rate) is still significantly higher than the England average," but as it was falling, he would be seeking reclassification at the first opportunity.

Meanwhile, executives from several of the United Kingdom's biggest breweries and pub chains have written to Prime Minister Boris Johnson pleading for help in what they called the "darkest of moments".

More than 50 people from companies including Greene King, Heineken UK and Fuller's, have signed a letter revealing the extent of job losses and demanding the publication of evidence to justify restrictions on the hospitality sector.

"The pub is clearly being singled out for exceptionally harsh and unjustified treatment and unless your government changes course, and soon, huge portions of this most British of institutions will simply not be there come the spring," the letter said.

"We believe it is in the interests of openness and transparency that any evidence … justifying these extra restrictions, must be published immediately."

Elsewhere, in the aftermath of initial excitement about a potential vaccine breakthrough by AstraZeneca Plc and the University of Oxford, questions are now being asked after Oxford issued a statement admitting that some trial participants had been given different dosages, raising doubts as the reliability of results.

"Any time you have confusion in trials it's not a good thing because it effectively removes any kind of credibility you had," said Ketan Patel, a fund manager at EdenTree Investment Management told Bloomberg. "I think there will be a lot more scrutiny of Astra's product due to the manufacturing issue."

In Germany, Chancellor Angela Merkel has announced current restrictions will remain in place until Dec 20 at the earliest, and may not be lifted until into the new year.

"The exponential rise in infections is broken," she said. "But the daily cases are still far too high, and our intensive care stations are still very full. We cannot lift the restrictions agreed for November."

Since the latest restrictions were introduced, people have reduced their contacts by 40 percent, but she said that there could be no easing off, adding "if we were to wait until intensive care units are fully occupied, it would be too late."