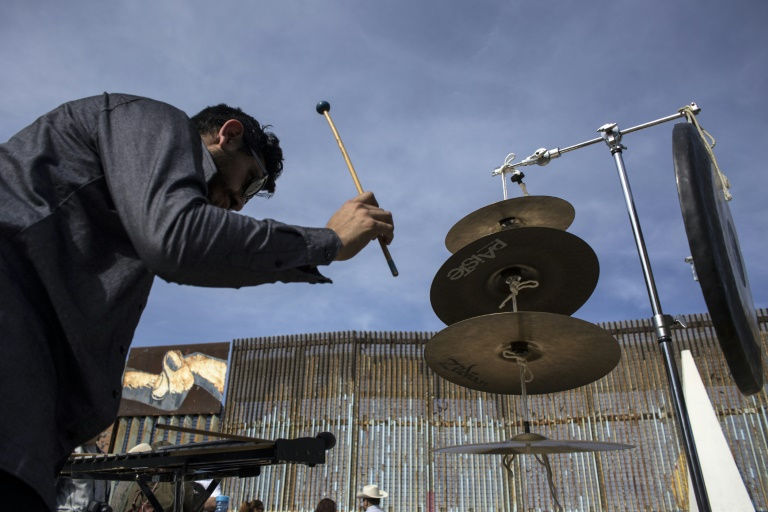 Adams, one of the leading living US composers whose work is heavily influenced by Alaska, won acclaim after premiering the environmental-minded work in 2009.

Named for and meant to rhythmically model the stone markers set up by Arctic indigenous people, "Inuksuit" brings together 9 to 99 percussionists dispersed over a wide area and influenced by local factors such as birds.

The Caramoor festival, announcing its 73rd season on Wednesday, said that more than 60 players would perform "Inuksuit" on July 1 as part of a day of free programming that will include children's activities.

Kathy Schuman, Caramoor's vice president for artistic programming, said in a statement that she hoped the performance "will attract some curious audiences who may never have ventured onto our grounds."

The Caramoor festival, launched in 1945 as World War II was ending, takes place each summer over a sprawling Mediterranean-inspired estate some 80 kilometers (50 miles) north of Manhattan.

The festival made its name as a leading US hub for bel canto singing but has increasingly branched out.

The latest season, which runs from June 16 to July 29, will put a special focus on women's contributions with performances by Benin's Angelique Kidjo, who is one of Africa's best-known singers, folk-rocker Aimee Mann, jazz singer Dianne Reeves, Broadway star Audra McDonald and, from the opera world, mezzo-soprano Susan Graham.

The season will also feature two world premieres -- a piece for string quartet by rising New York composer Julia Adolphe and a work by the modernist jazz pianist Vijay Iyer.