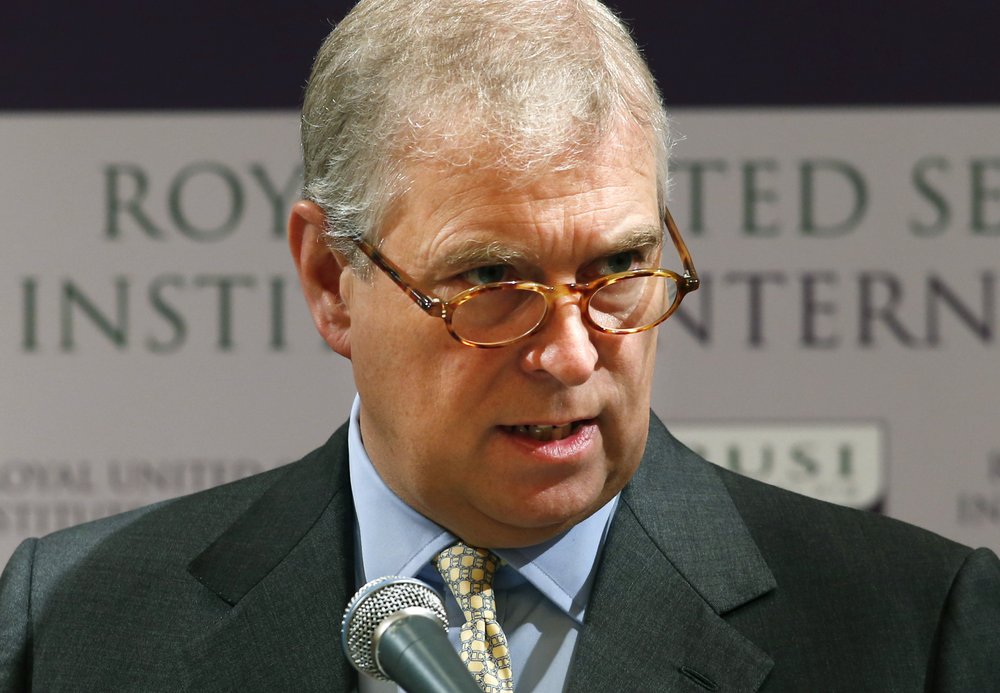 An alleged victim of Jeffrey Epstein who claims she was also delivered to Britain’s Prince Andrew for paid sex as a teenager has challenged the British royal to speak up, saying: “He knows exactly what he’s done and I hope he comes clean about it.”

The jet-setting middle son of Queen Elizabeth II was a longtime friend of the financier who killed himself while awaiting trial on sex-trafficking charges. But the prince strenuously denies any knowledge of criminal behavior by Epstein and has described himself as “appalled” by allegations from many women who accused Epstein of sexual abuse.

Among them is Virginia Roberts Giuffre. She has said she was a 15-year-old working at President Donald Trump’s Mar-a-Lago club when she was recruited to perform sex acts on Epstein. Giuffre said in a sworn affidavit that she was flown on Epstein’s private planes to his properties in New Mexico, the US Virgin Islands, Paris and New York, and said meetings were also arranged for sex in London and elsewhere with Prince Andrew.

“He knows what he’s done and he can attest to that,” Giuffre told reporters outside the courthouse after she and 15 other women testified about the abuse they allege they suffered at Epstein’s hands.

Pressed for additional comment, she added: “He knows exactly what he’s done and I hope he comes clean about it. Thank you.”

There was no mention of the prince during the court hearing itself. But Giuffre’s comments outside were widely reported in the British media Wednesday, focusing further scrutiny on the 59-year-old prince whose 10-year marriage with Sarah Ferguson ended in divorce in 1996, three years before the prince says he first met Epstein.

In a statement last Saturday, the prince who served in the Royal Navy and worked in an ambassadorial role promoting Britain as an investment destination, said he saw Epstein “infrequently and probably no more than only once or twice a year. I have stayed in a number of his residences.”

A photo in court records shows Andrew with his arm around Giuffre’s waist. She claims she first met the prince when she was 17.

In a document about her alleged experiences filed in a federal court in Florida, she claimed to have had sex with the prince three times — in London and at Epstein’s New York mansion when she was 17 — and in the US Virgin Islands when she was about 18. She alleged Epstein paid her about $15,000 following the London trip.

Giuffre has targeted similar allegations of abuse against a long list of rich and powerful men, including a former US senator, a former US governor, a modeling agent and American lawyer Alan Dershowitz, with whom she was involved in a years-long legal battle. All of the men have denied the allegations and claimed she’s making them up.

Outside the 2½-hour court hearing in New York, where Epstein’s alleged victims poured out their anger, some crying as they described falling into Epstein’s web, Giuffre said: “We need to get to the bottom of everybody who is involved.”

“I was recruited at a very young age from Mar-a-Lago and entrapped in a world that I didn’t understand and I’ve been fighting that very world to this day and I won’t stop fighting. I will never be silenced until these people are brought to justice,” she vowed.

Brad Edwards, a lawyer representing Epstein accusers, said he would welcome Andrew’s help in trying to seek justice for the women.

“I personally extended that invitation to Prince Andrew multiple times. Anytime, we are ready and we have a lot of questions for him,” he said. “We have specific pointed questions and if he really wants to help, then we want his help.”

In his written statement, Andrew said: “At no stage during the limited time I spent with him did I see, witness or suspect any behaviour of the sort that subsequently led to his arrest and conviction.”

In his statement, Andrew acknowledged that he also met Epstein after his release in 2010 but said it was a “mistake.”

Epstein, 66, was found dead at the Metropolitan Correctional Center on Aug. 10, touching off outrage that such a high-profile prisoner could have gone unwatched at the Manhattan federal lockup. He was awaiting trial on sex-trafficking charges involving dozens of teenage girls.