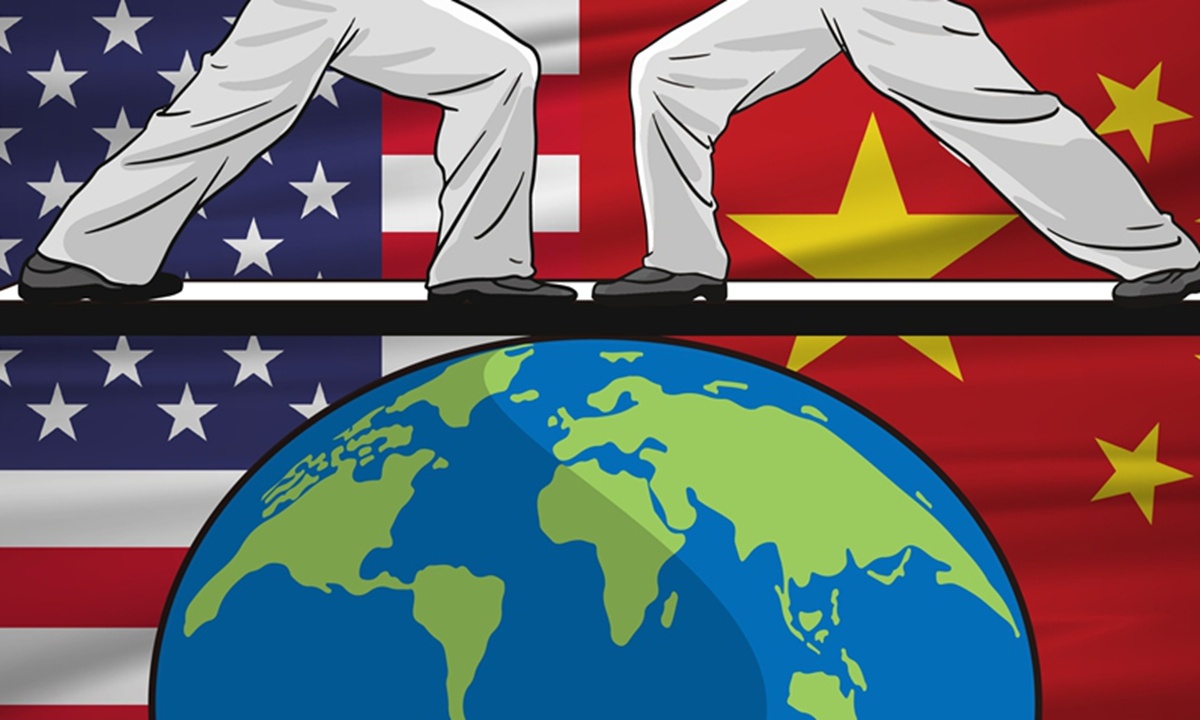 On the night when all US media declared the victory of Joe Biden as the new US president, I invited scholars from China, the US, Europe and Latin America to collaborate with the No Cold War campaign to a seminar themed "the Future of China-US relations."

The initiative of "No Cold War" has gained global popularity. A live-cast on July 25 gained more than 200 million hits. The latest seminar has also gained massive attention. The comments on YouTube and Chinese social networks showed all people hope that Biden can change the course of tense China-US relations. The world should not always be overshadowed by a dangerous Cold War mentality.

Perhaps this is one of the important backgrounds that underscore the new cold war intentions led by the US Secretary of State Mike Pompeo and his likes. Once China and the US, which take up 40 percent of the global economy, engage in a new cold war with economic decoupling and trade redistribution, it will surely affect the lives of everyone on the planet. No one would like to see such a scenario. I believe Biden does not like to see this either.

In an article in Foreign Affairs magazine earlier this year, Biden wrote that his administration will equip Americans "to succeed in the global economy - with a foreign policy for the middle class." This includes investment on infrastructure, Medicare, clean energy, quantum computing, artificial intelligence, 5G and high-speed rails.

A new cold war with the US is not part of China's five-year plan. In the detailed proposals for the 14th Five-Year Plan and the long-range objectives through 2035, the US was not mentioned. In terms of foreign relations, the plan mentioned opening up to the outside world at a higher level, building a new type of international relations and creating a favorable external environment. These can lay the foundation for cooperation with Biden's "foreign policy for the middle class."

China has more than 400 million middle-income earners. In 2020, China is expected to become the world's largest consumer market, but the potential is far from being released. China's per capita consumption is less than a quarter of that of the US. China is estimated to import $22 trillion worth of products in the next 10 years, and to exceed the US' GDP in 2019. China imported 7.41 million tons of meat worth $23.1 billion in the first three quarters of 2020, a year-on-year growth of 72 percent and 83 percent respectively. China has imported meat products, such as pork, beef, mutton and poultry from more than 40 countries and regions around the world, covering almost all meat export countries.

As a matter of fact, the whole trade community is taking pragmatic measures to display its hard-line stance to combat Trumpism and a cold war mind-set. In the first 10 months of 2020, China's exports to the US increased 3.6 percent year-on-year and its imports from the US increased 5.2 percent. The after effect of the trade war launched by Trump is starting to heal.

The Chinese and the US investment communities are also making efforts. The amount of funds raised by Chinese companies on the US stock market from January to August exceeded that of the whole year of 2019. The scale of China's financial market to foreign investors can reach $45 trillion, and China asset management industry is expected to hit $30 trillion by 2023.

If Biden, who will take office in 2021, reverses China-US tensions as expected by trade, finance, and international communities, a new shift in favor or the middle class would take place. A fresh era of wealth creation is coming.

This movement is not rooted in real estate or the internet, but in the waves of technological innovations that arise from the potential to-be eased relations between the US and China as well as the corresponding international development strategies. These include a new round of investment in science and technology, trade increase, financial openness, and so on.

Trump's craziness reminds people that the idea of "America first" and "Making America Great Again" should not just be slogans, but should be based on life, health, happiness and wealth growth, which can only be achieved through cooperation.

Admittedly, a Biden administration might also bring risks, but China is well prepared. In the crowded and complex international community, it is impossible for two major countries to live without conflicts and frictions. But the key is that both sides should constantly make efforts to resolve differences so as to meet the needs of their people in pursuit of a better life.

I have always believed that the future competition between China and the US is not about setting up a new cold war or trying to win, but about who is more capable to create a better society and help build a better future for the whole world.